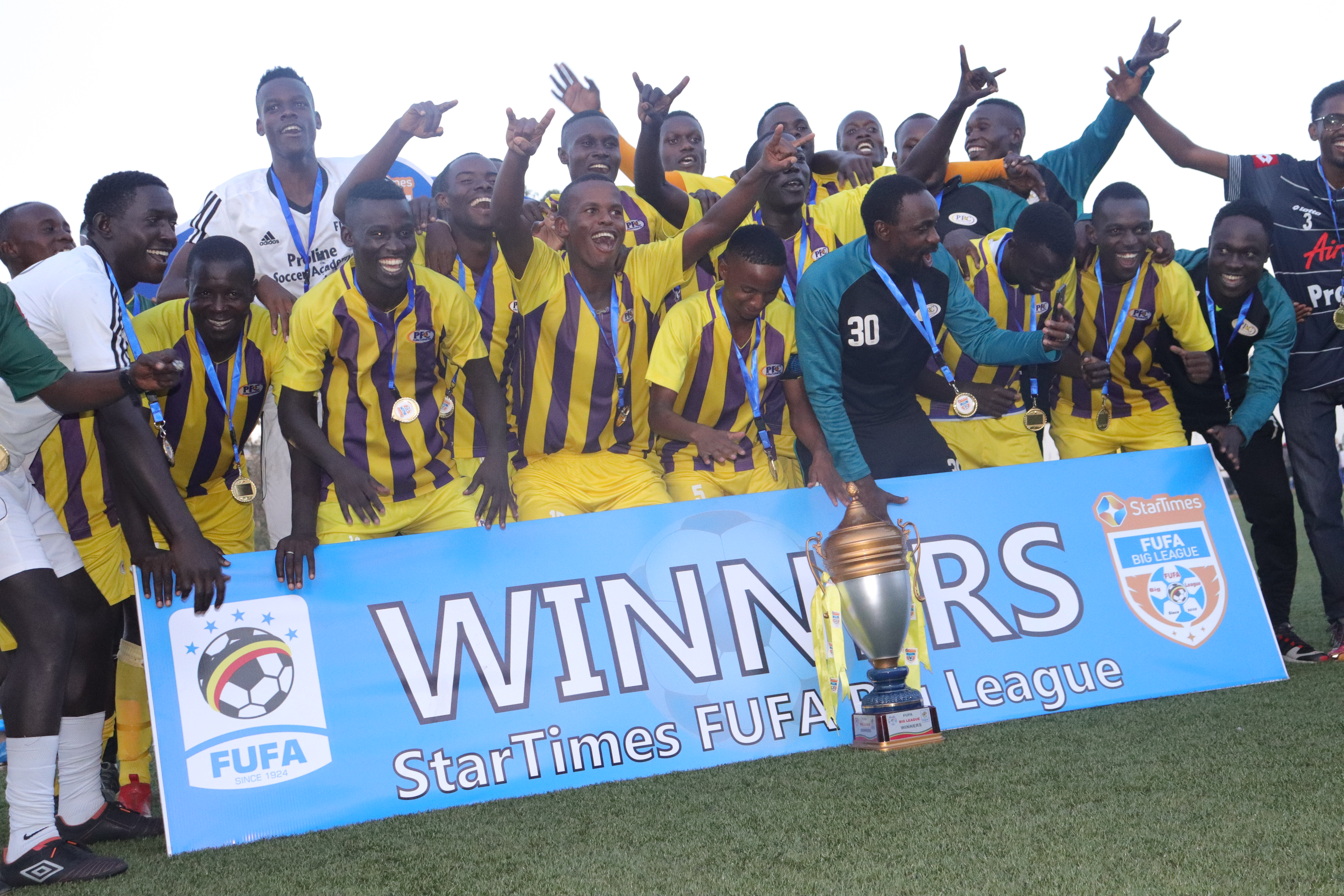 Coming into the game, Proline and the Purple Sharks had topped Elgon and Rwenzori groups to secure straight promotion into the Uganda Premier League and the game on Saturday was meant to decide the giant between the two clubs.

Having dominated the game, a 33rd minute Bright Anunaki goal saw the Lugogo based team secure victory at the StarTimes Stadium, on a bright Saturday afternoon.

An Ibrahim Wammanah header met Anunaki who fired past the Purple Sharks’ Yasin Mugabi for Proline to take the lead at Lugogo and this turned to be the only goal of the game.

After the mandatory 90 minutes, Shafic Bisaso’s boys were crowned FUFA Big League champions to climax the league in style.

The team also reached the Stanbic Uganda Cup finals where they will play Bright Stars in Masaka later this month.

Dove FC and UPDF FC will each get Shs1M.

The champion, first and second runners-up were promoted to play in the StarTimes FUFA Super League next season.