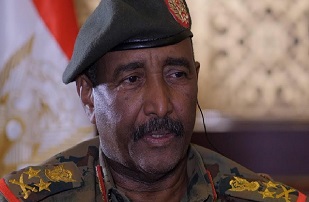 Khartoum, Sudan | AFP | Talks between Sudan’s military council and protesters are set to resume, army rulers said Saturday, as hundreds of supporters of Islamic movements rallied for the inclusion of sharia in the country’s political roadmap.

The ruling military council announced that “negotiations with the Alliance for Freedom and Change” over the planned transfer of power to a new governing body would resume on Sunday.

The announcement follows pressure from key world powers for the military and the protesters’ umbrella group to get back to the table, after talks on the composition of the new governing body failed to take place as planned on Wednesday.

Talks have stalled repeatedly, as the protesters have pressed the military council hard to hand over power to civilian rule since autocratic president Omar al-Bashir was deposed on April 11.

Representatives from the United States, the United Nations, African Union and European powers called for “an agreement ASAP on an interim government that is truly civilian-led and reflects the will of the Sudanese people,” Tibor Nagy, the US assistant secretary of state for Africa, tweeted on Friday.

Protesters have met a key demand of military council head General Abdel Fattah al-Burhan in the last couple of days, dismantling roadblocks that had paralysed parts of the capital.

The generals have allowed protesters to maintain their sit-in outside Khartoum’s army headquarters, where thousands remain camped out to demand a rapid transition to democracy.

Before suspending talks this week the two sides agreed on several key issues, including a three-year transition period and the creation of a 300-member parliament, with two thirds of lawmakers to come from the protesters’ umbrella group.

But Sudanese Islamist movements — fearing the incipient transition plans exclude them — held their own demonstration Saturday outside the presidential palace in downtown Khartoum.

Hundreds took part in the demonstration, the first organised mobilisation by Islamist groups since Bashir’s ouster.

“The main reason for the mobilisation is that the alliance (the main protesters’ umbrella group) is ignoring the application of sharia in its deal,” said Al-Tayieb Mustafa, who heads a coalition of about 20 Islamic groups.

“This is irresponsible and if that deal is done, it is going to open the door of hell for Sudan,” he told AFP ahead of the rally.

At the rally, men and women chanted slogans in support of sharia in front of the presidential palace garden, an AFP correspondent said.

“The solution lies in the religion!” chanted some as others shouted “No to Communism, No to atheism!”.

“We are here to support the Islamic sharia law and say no to secular rule,” said Younus Ali, dressed in a traditional Sudanese robe.

The demonstrators offered evening prayers at the venue and later broke their dawn-to-dusk Ramadan fast, before resuming their chants.

Bashir came to power in an Islamist-backed coup in 1989 and Sudanese legislation has since been underpinned by Islamic law.

But activists say sharia was applied inconsistently during his rule.

Thousands of women were flogged for “indecent behaviour”, women’s rights activists have said.

The Alliance for Freedom and Change has so far remained silent on whether sharia has a place in Sudan’s future, arguing that its main concern now is installing a civilian administration.

The main protest movement brings together a wide range of political, social and rebel groups.

The military council’s deputy head Mohamed Hamadan Dagalo said on Saturday “people have been arrested” in connection with shooting protesters this week near the ongoing sit-in outside military headquarters.

Protesters have accused Dagalo’s paramilitary group the Rapid Support Forces — long close to Bashir — for the shootings, which killed five protesters and an army major.

But Dagalo did not specify whether RSF personnel had been arrested.

Some worry that the protesters’ umbrella group is pushing for a secular Sudan.

“Islam is part and parcel of the identity of the majority of the people of Sudan,” Sadeq al-Mahdi — long Sudan’s main opposition figurehead and an ex-premier — told AFP in a recent interview.

He said it was a “great mistake” for some members of the opposition to “talk about secularism”.

Scores of worshippers on Friday staged spontaneous demonstrations in Khartoum after weekly prayers and criticised the protest movement.

“The Alliance for Freedom and Change wants… to build what they call a new Sudan, a Sudan without religion, a secular Sudan,” said hardline cleric Abdelhai Yusef in his Friday sermon, according to a video posted on his Facebook page.

“That’s why we say no, a thousand times no to this deal. We want a Sudan that is for everyone.”

And at Saturday’s rally another hardline cleric, Mohamed Ali Jazuli, had a warning for the military council.

“If you consider handing over power to a certain faction, then we will consider it a coup”, he vowed.