Bunyoro King: My Life Is in Danger 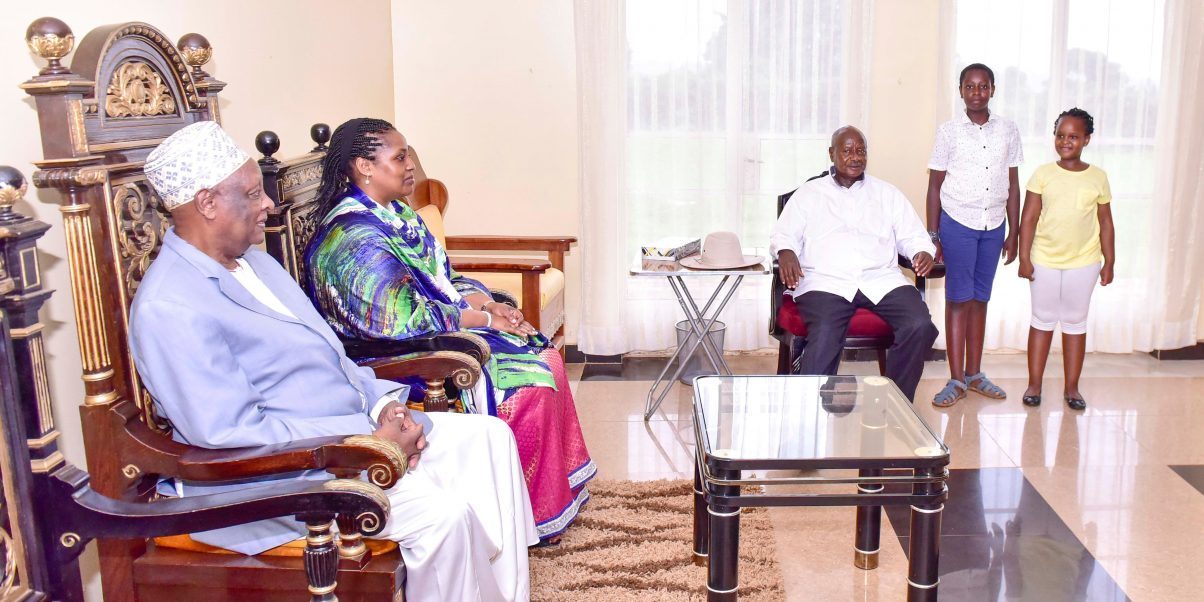 Bunyoro King, Omukama Solomon Gafabusa Iguru I, 70, has urged swift government intervention into Kingdom affairs to rescue him from a cohort of radicals who have literally taken over the monarchy, Chimp Corps report.

Through his son, Prince Samuel Harrison Gafabusa, the king says he is not allowed to move out of the palace while his monarchy’s assets are being stripped by greedy officials.

Officials told us Gafabusa expressed these sentiments while meeting with President Museveni at his palace in Hoima this past week.

According to multiple correspondences seen by ChimpReports, Prince Harrison tells government that a number of officials led by the king’s son Richard Kitehimbwa Businge and his illegally appointed Prime Minister Mr Andrew Byakutaga and Royal Guards under the command of a one Captain Opio from UPDF, have “placed our brother the king under siege for the last one year and more.”

The prince further says “the Omukama is being held captive in his own palace and he is not allowed to move out minus that authorization from his son through his Prime Minister.”

“This is notwithstanding the fact that the King is seriously ill and needs immediate medical attention from specialist doctors in Kampala and abroad,” he emphasised in letters sent to the Ministries of Gender, Justice and Office of the Prime Minister in February 2019.

Asked if the situation has changed since the relevant government institutions received the correspondences, a Kingdom official responded: “The situation is not only worse but getting out hand. Nothing has really changed.”

The startling developments in Bunyoro come at a time of the Kingdom is struggling to position itself to reap from the anticipated oil production in the next few years.

There is a planned construction of an oil refinery, Kabaale industrial park International Airport in Hoima District.

A 1,445 kilometer oil pipeline will be constructed from Hoima to Tanga in Tanzania to carry crude oil for exportation.

Observers say the palace conflicts could undermine the Kingdom’s efforts to benefit from the oil production.

Prince Harrison reveals that Kitehimbwa, Byakutaga and Capt Opio have since “withdrawn the King’s official vehicle in order to curtail his movements within or outside his kingdom. This has limited his ability to visit his relatives, friends and close subjects with whom he could share views and advice both personal or in regards to the Kingdom.”

ChimpReports has learned that earlier this year, Gafabusa was quietly sneaked out of the palace and led to the office of the Principal Judge at the High Court in Kampala where he swore a royal declaration saying Kitehimbwa and Byakutaga were “illegally holding offices.”

As if this is not scary enough, the King’s son is complaining that the Kingdom’s seal, stamp, keys to the royal regalia room, pistol and other important items were stolen in September 2018.

“However, no follow up or investigations were made by police to date, despite the fact that the Kingdom impostors are now using the very instruments to conduct fraudulent transactions in the names of the King/Kingdom,” said Prince Harrison.

The trustees of the estate of Sir Tito Winyi Gafabusa have also been denied access to the King.

Prince Harrison said these developments have raised “deep concern amongst fellow family members, especially with the knowledge that the King’s health needs immediate attention. There is reason to believe that that this denial of treatment is intended to induce a quick death for the King so that these few people can take total advantage to abuse the powers of the Kingship.”

The Prince and King want government to “enable immediate removal of the impostors and restore the King’s preferred leadership as well as the Rukurato in order to stabilize the administration.”

They also want government to effect a change of the Royal Guards so that the King can ably access treatment and also feel secure in the presence of trusted security personally, mostly from the VIPPU or ISO who would be void of bias.”

The King further requested for security to enable sitting of Parliament to resume their decision-making process as the supreme body in the kingdom.

ChimpReports was unable to obtain a comment from Kitehimbwa and Byakutaga as their known mobile phones were unreachable early Monday morning.

It is understood that while government has blocked the impostors from holding meetings, the siege against Gafabusa is in existence.

Nevertheless, President Museveni on May 14 paid a courtesy call Gafabusa at his palace in Hoima Municipality.

According to a statement from State House, the President and the Omukama “shared pertinent issues related to the development of Bunyoro region including the establishment of Bunyoro University that will promote tertiary education in the region.”

The Omukama said he was happy that government’s support towards the Kingdom for the past 25 years since the King’s enthronement has continued to grow including offering job opportunities to the Bunyoro community members in government and development projects in the area.

The Kingdom extended an invitation to the President to be the chief guest during the 25th Empago anniversary that is scheduled June 11, 2019.