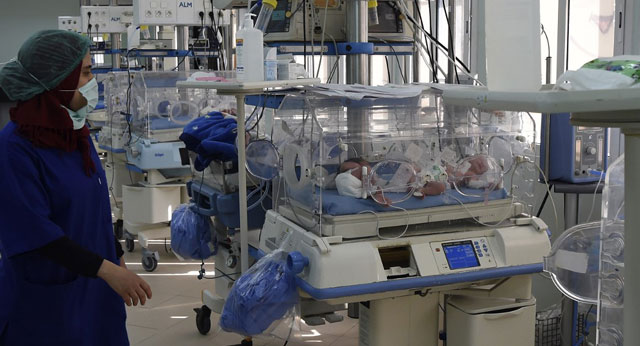 Warsaw, Poland | AFP | A woman has given birth to Poland’s first sextuplets with each newborn weighing about one kilogram (2.2 pounds), physicians at the University Hospital in the city of Krakow announced on Monday.

“This is the first birth of sextuplets in Poland and one of the few in the world,” University Hospital Professor Ryzszard Lauterbach was quoted as saying by the Polish PAP news agency.

The four girls and two boys, ranging in weight from 890 grammes to 1.3 kilograms, were delivered by caesarean section at the 29th week of pregnancy, he added.

Their mother is “very involved, smiling and happy”, according to the physician who said that the 29-year-old woman already has one two-year-old boy at home.

Doctors in the southern city of Krakow said the birth of sextuplets, was an extremely rare event.

The post First-ever set of sextuplets born in Poland appeared first on The Independent Uganda:.