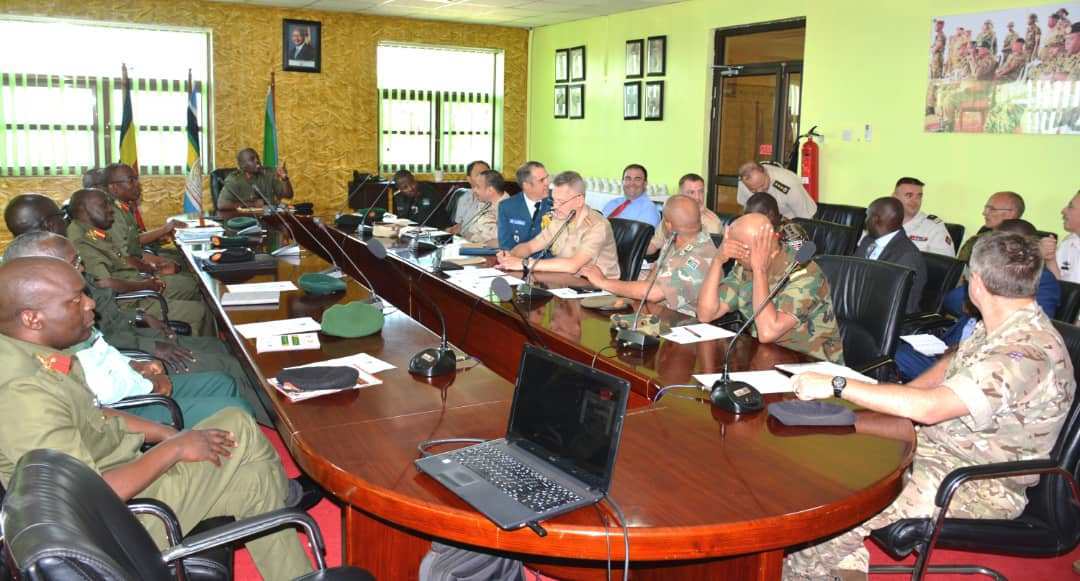 Muhoozi’s remarks come against the backdrop of increased tension with Rwanda.

According to a statement from the defence ministry, Muhoozi “gave assurance that Uganda cherishes good neighborliness and peaceful co-existence and all efforts possible should be directed at addressing whatever challenges that stand in the way of our countries as well as regional security, stability and socio-economic transformation.”

While giving an over view of the security situation in Uganda, Gen Muhoozi said the entire country remains peaceful and UPDF has remained committed to keeping Uganda’s sovereignty and territorial integrity.

He also reiterated UPDF commitment to work with other security agencies to deter or curtail any “acts of lawlessness by individuals or groups that may threaten Uganda’s peace and security.”

The CDF, according to the statement, further underscored UPDF commitment to “integration as a strategy to guarantee the survival of the African people” and highlighted that it was imperative to “work in harmony with all sisterly countries through the existing regional frameworks such as the EAC Protocol on Cooperation in Defence Affairs.”