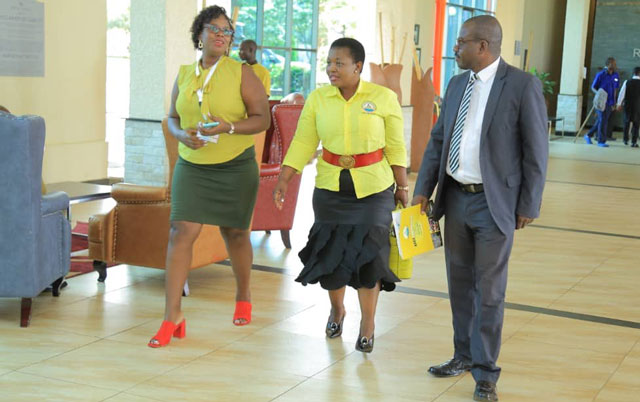 Entebbe, Uganda | THE INDEPENDENT | Delegates at the second Summit of the Interparty Organisation of Dialogue-IPOD have expressed anger over delays caused by the late arrival of the NRM National Chairman, Yoweri Museveni.

He was yet to arrive at  6pm, with IPOD Summit organisers saying he has been delayed by a Cabinet Meeting at State House.

The IPOD summit brings together leaders and Secretary Generals of political parties, with representation in Parliament. Although it was initially scheduled to take place in Lira on May 15, the dates and venue were changed upon a request by the National Resistance Movement. It is still expected to take place today at the Protea Hotel, Entebbe.

The other leaders who convened at Entebbe in the morning said it was not right for the Organization (IPOD) to wait for a single Political head to start the summit yet other NRM leaders are available at the venue.

“The NRM Secretary-General would sit in for the President as we wait for his arrival other than delaying the kickoff of the summit,” one of the delegated said.   All political Party leaders including Norbert Mao of the Democratic Party-DP, Jimmy Akena of the Uganda Peoples Congress and Justine Kasule Lumumba the Secretary General of the NRM Party, among others, were all at the venue earlier in the day.

IPOD Programs Manager Lawrence Sserwambala asked the delegates to remain patient adding that the president was committed to attending the summit.

Rogers Mulindwa, the communications officer of the NRM Secretariat says instead of being angered with the President’s delays, delegates and journalists should be angry with the Forum for Democratic Change which refused to join members for the Summit.

FDC Spokesperson Ibrahim Ssemujju Nganda had earlier today indicated that the Party will not be part of the IPOD summit since the government has continued to block activities of all opposition political parties. It is the second IPOD summit FDC is snubbing.

According to a programme released earlier, the summit is expected to discuss among other issues, the electoral system and electoral reforms, the implementation of the Public Order Management Act, the Status of independence in a Multi-Party Political System and Public Funding of Political Parties.