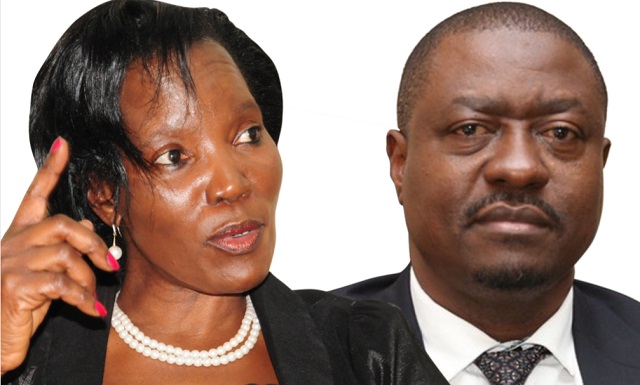 Return of Public Service seen as chaos after fake calm

“To hire you, she needed to trust you,” is a common assessment of the recruitment process during her time. This is because, informed sources say, the institution in charge of governing the capital city was largely run on the personality of Musisi.

Musisi’s human resource plan became apparent as soon as she arrived in April 2011 to head the newly created KCCA. She argued that since she was building an institution from scratch with reform measures, she needed to be directly in charge of hiring so as to forego the delays caused by recruitment of employees by Public Service Commission which can take several months or even up to a year.

She immediately set about getting rid of the old employees of the defunct Kampala City Council (KCC). For that she set up new organisational structures which phased out many of the jobs under the old organisation. In some cases, Musisi merely wanted a fresh start. Her actions resulted into multiple lawsuits, and in some of these, KCCA paid heavily.

But even with her new hires, Musisi ensured they worked on short contracts of four months which were renewed persistently.

This, according to some of her staff, created uncertainty in terms of career growth and hindered long term planning among departments of KCCA. But Musisi somehow found a way for this strategy to work for her in eight years at the helm.

Musisi has been gone for about five months now. She resigned in December 2018 to take up the position of first ever City Leader in Residence at Bloomberg Harvard City Leadership Initiative at the Ash Center of the Harvard Kennedy School, in Cambridge, Massachusetts, USA. But people who work under her remember her tenure at KCCA with mixed emotions. This, especially after her successor, Andrew Kitaka, ditched Musisi’s recruitment style and ordered a return to recruitment through the Public Service Commission. The result has been a return to fights of jobs that was last seen under the old KCCA.

A lawyer familiar with the workings of KCCA told The Independent that there have been several resignations in quick succession since Musisi threw in the towel. These are both in the high level positions and the rank and file of KCCA. This information could not be independently verified.

Musisi cited political interference as one of the reasons she left although it had always been an impediment to her work. After the 2016 elections, she is reported to have drafted her resignation letter when President Museveni said KCCA highhandedness was the reason NRM badly lost elections in the city. Museveni however rejected her resignation and she soldiered on with politics hovering over her work.

The same political interference had led to the resignation of Musisi’s deputy Judith Tukahirwa in 2016. The latter position has remained vacant.

The latest high level resignation to rock KCCA was that of Charles Ouma who resigned as Director of Legal Affairs in April. Sources at KCCA say, however, that he may bounce back as Deputy Executive Director in a move to align administration of the city authority. He had joined KCCA in 2011, at the time it was recast from KCC into KCCA; a central government agency.

Some see the apparent jostling for jobs as a transition from employment by KCCA to Public Service Commission. The confusion is expected as the new order takes shape. Some are embracing the new recruitment style, saying it should not have been changed in the first place. They argue that it offers a more stable work environment for employees and for KCCA to deliver on its mandate.

But some people are quitting either out of disgruntlement or fear of being screened out by the Commission, sources say. Depending on who you talked to, KCCA is either in chaos or in the pangs of rebirth.

“We are happier now,” says an officer at KCCA who preferred anonymity because of the sensitivity of the matter. “A career growth path had never been defined under the KCCA of Jennifer.” She says she is relieved because she does not have to wait for four months to wait for another process of contract renewal.

She told The Independent that the last time KCCA put out an advertisement for a job was in 2012 for a mass recruitment but it never got round to anything. Public Service Commission went ahead and recruited hundreds of staff but these never got a chance to step at KCCA.

At the time, the Commission asked Musisi why KCCA did not stop the process and their answer was unsatisfactory. Section 25 of the KCCA Act 2010 grants the Commission powers to appoint KCCA officers particularly those below the rank of Director. But it is at this time, after snubbing the Commission, which has the constitutional obligation to recruit for government bodies that KCCA reportedly started its own hiring mission.

Sources say a team put together by Musisi under the Human Resource department embarked on measures to recruit personnel for KCCA. It is under this arrangement that it was agreed that employees be given contracts which would be renewed after four months depending on performance.

This is now being reversed. Justice Ralph Ocan, the Head of the Public Service Commission told The Independent that doing so is a “slow and painful process”.

“What happened at KCCA was regrettable. The management decided to hire people on short contracts of about four months,” Ocan says, “We are trying to correct that and bring back everything on track.”

Ocan says the Public Service Commission recruited close to 300 people in 2012 as submitted by KCCA in their vacancies but were surprised by KCCA’s reaction after.

“KCCA turned around and said there is no money. Some of them went to court and court ruled in their favour,” he says.

Now Ocan is leading efforts to put things back in order. “It is a slow and painful process of correcting things because they go back over a long period of time.”

Another source at the commission says a meeting between KCCA and the former agreed that those who were recruited back then in 2012 should take up the positions they were asked to fill back then. How this will play out, is another challenge KCCA has to deal with.

KCCA spokesperson Peter Kaujju told The Independent that those who were being recruited on short contracts were temporary staff.

“We had a lot of work to do and we did not have a budget for them. So that explains the short term contracts,” he says.

He says the Commission is going to ensure the recruitment process is streamlined and everyone is hired on permanent basis.

“It is going to be a much better system,” he adds.

Kaujju was non-committal on whether KCCA has now secured an increased budgetary allocation now that its staff will be hired on permanent basis.