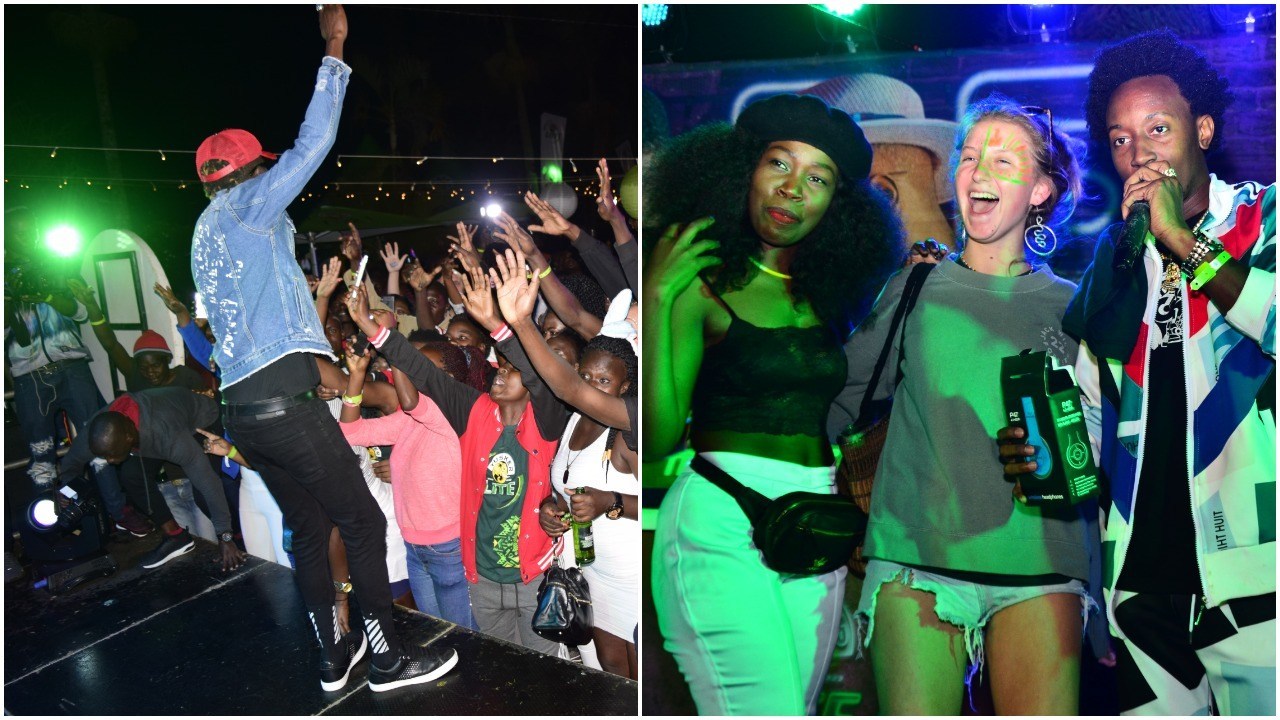 R&B sensation King Saha last night lit up Fort Portal with an epic performance as the fun-filledTusker Lite Neon Rave party made its debut in the western Uganda town.

The event that has been moving around major towns in the country made a pit stop in thebeautiful western town and made its presence felt with a big neon themed fun music fest that attracted party folk from all walks of life.

King Saha, who wasthe headlining act serenaded Fort Portal’s party folk with some of his most popular hits, performing songs like “science”, “Biribiri”,with the Highlight of his performance being “Mpa Love”, “Hullo Hullo”, and “On My Way” that keptrevelers groovingthroughout the night.

“Tusker Lite is about ‘lite-ing the way’ to fun, new experiences, and we know such experiences are best enjoyed with friends. It’s been another amazing Neon Rave party and I want to say‘Thank you Fort Portal!’” said Cathy Twesigye, Brand Manager Premium Beers, UBL.

Neon Rave next storms northern Uganda,heading to Gulu next monthto give fans a taste of the fun-filled glow vibes that party thrill seekers have been a part of.