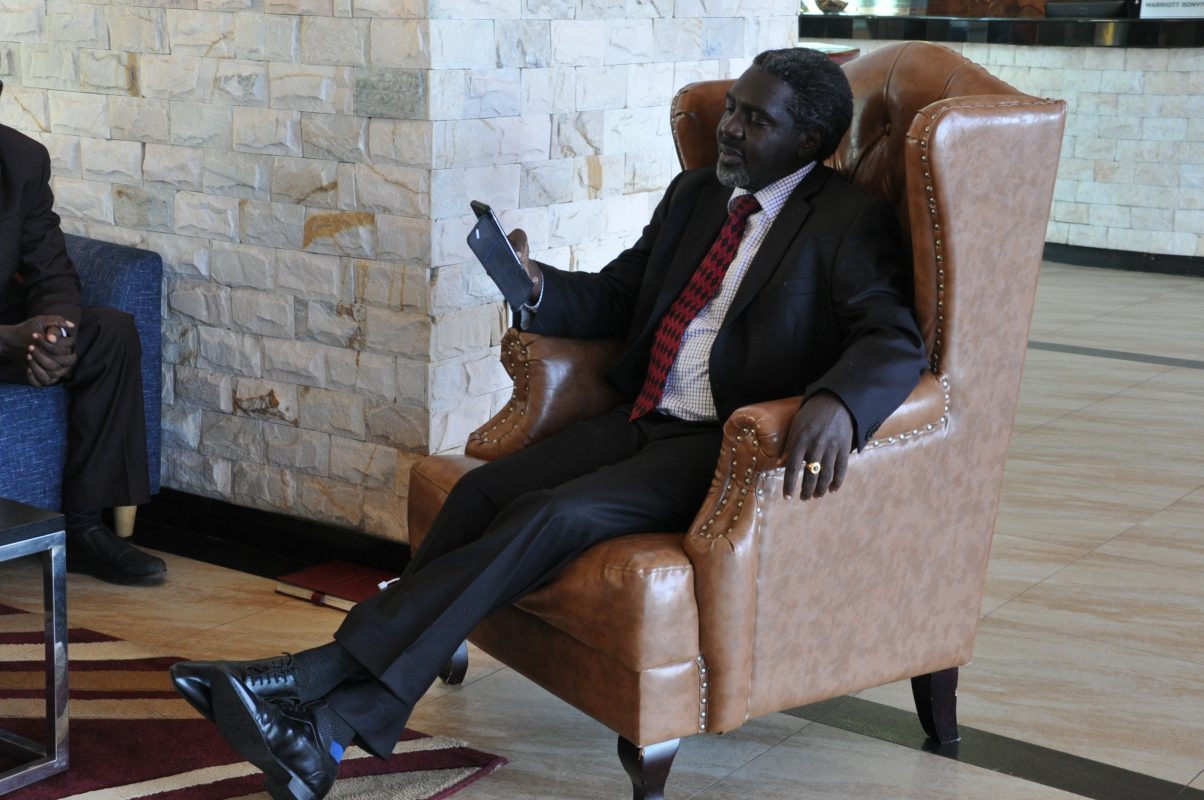 While speaking to the media a few minutes to 6:00 PM, Mao explained that Museveni’s decision to skip the meeting berated the appendage and yet they had pertinent issues to discuss.

“I don’t want to speculate but obviously this means that he has put the summit as a lower priority. As to me that is disturbing because this meeting is very important. It requires his presence many of the issues on the IPOD summit agenda require action from the government”, he said.

Mao added that President Museveni’s snub comes after re-scheduling dates and venue of the event to accommodate the latter’s busy schedule.

“As you know the summit was supposed to take place last weekend in Lira. We postponed it at his request and we fixed today. We were ready to kickoff at 9:30am.”

Mao also revealed that should the president delay by another hour, together with colleagues they will meet and agree to postpone the event to a later date.

By publication time, President Yoweri Museveni who also doubles as the National Resistance Movement (NRM) had not yet arrived.

It was expected that Principals of parties in parliament would discuss public funding for political entities, Public Order Management Act (POMA) and Electoral reforms.

For the second consecutive time Opposition Forum for Democratic Change has not attended this event it has often referred to as a ‘camera opportunity’.

Edit: President Museveni later arrived a few minutes to 7pm and the summit kicked off.