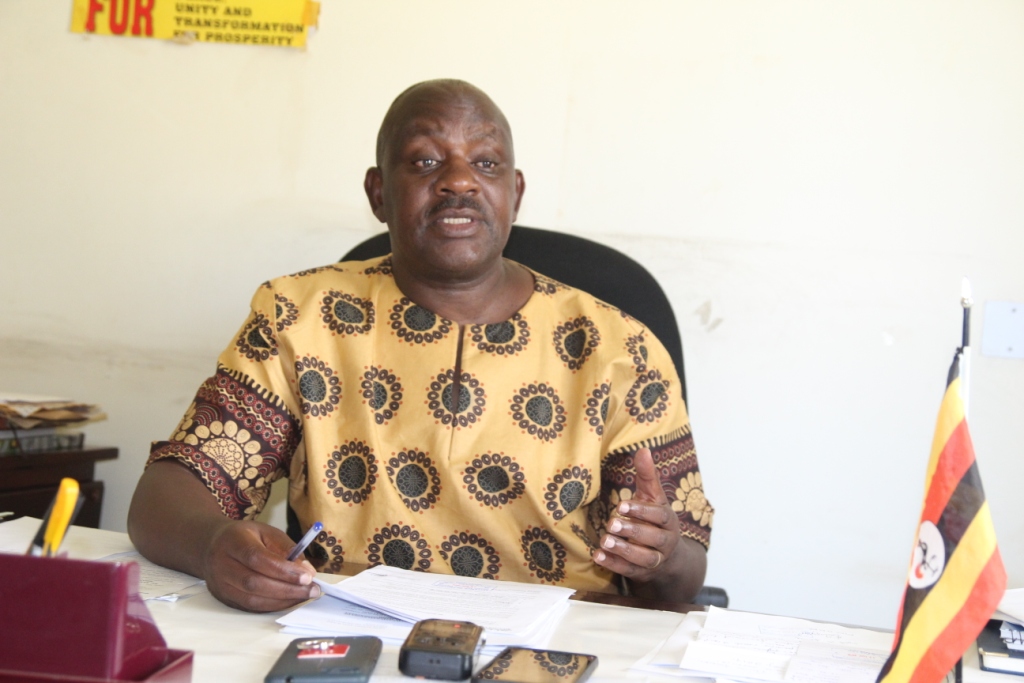 Mbarara – The Deputy Resident District Commissioner (RDC), Emmy Kateera Turyabagyenyi has attacked the central government for interfering with works of local government alleging that a Minister influenced the reopening of offices of a ponzi scheme operating in Mbarara.

This news website reported on May 9, 2019 about the closure of operation of Global Alliance, one of the pyramid schemes in Mbarara reported to have been fleecing Ugandans of their money.

The decision to close its operations was taken by the Mbarara district joint security team headed by RDC Lt Col James Mwesigye following complaints from some of the victims that were defrauded.

The said scheme was inviting unemployed and frustrated youths from districts of Kyenjojo, Kisoro, Kashari and Kagadi districts under the pretext of training and promising them exciting monetary gains if they subscribed.

However upon its closure, SoftPower News got wind of information that a notice was put on the door way inviting all its members for normal operations in the coming week.

On visiting the premises four days later, indeed normal business was going on.

At the offices Global Alliance located at Buremba road in the building which formerly housed Nakumatt Supermarket, most of the members smartly dressed in suits could be seen walking into the offices for the so-called weekly trainings.

We tried to reach the Global Alliance Directors to explain how the decision taken over a week ago was reversed  but on seeing our gadgets, the suspicious security guards asked our reporter to present appointment letters before entering.

“Can you leave your gadgets behind? For instance what do you want; go back and make sure you come with an appointment letter,” one of the security guards told our reporter.

When SoftPower News sought a comment from the RDC, he revealed that the reopening of the Global Alliance offices was a directive by the Minister in charge of presidency, Esther Mbulakubuza Mbayo after the Directors of th scheme’ petitioned her office.

“As you recall, the district security committee of Mbarara recently closed the operations of Global Alliance which has been operating in Mbarara town on Buremba road,” the RDC said.

“We got an intelligence report that about 14 juveniles had been arrested and suspected to be rebels in one of the suburbs of Mbarara where they had camped. However on interrogation, they said they had come from Kisoro to join Global Alliance”.

He says that as security, they received rapid harsh calls from Minister Mbayo accusing the district security committee of using high handedness to close a legally licensed company.

“After the closure, the Global Alliance officials went to the Office of the President complaining that the RDC Mbarara and Chairman LC V unlawfully closed the company which is fully registered and licensed to do its works” explained Kateera.

He blamed the relevant Ministries and agencies which issue licenses to any companies without due diligence on ground, resulting into defrauding of ordinary citizens.

“We blame the Ministries that license companies that come to operate upcountry without making due diligence. Because you simply license people and you don’t consider the effects of operations, now these are some of the contradictions that we usually face”.

“For example the district security committee saw a problem just as the public also saw a problem but the person who issued the license has not seen the problem”.

“When I was in Buhweju, the Ministry of energy was issuing licenses to people to go and prospect, but you would find those prospecting in someone’s land without his notice”.

He said that in the case of Global Alliance, government made a mistake by giving the operating license without understanding the scheme’s mode of work.

The Deputy RDC refuted allegations around town claimthat the security team connived with Global Alliance directors to reopen their operations.

“I want to say that the district security committee can not be bribed. Those are just baseless allegations”

“We are not the ones giving licenses and we don’t register. For us, our action was purely security. We never wanted young children to risk their school fees on such companies,” he said.

The RDC says they will only agree Global Alliance to operate if they adhere to the rules and regulations.

“We are going to follow the commitments of these leaders of Global Alliance. Should we find that they have not adhered to what they committed themselves to, we shall indefinitely close them. But in the mean time we shall go with Global Alliance conditions which were signed by the general manager and country director,” he said.

He added that the district authorities are waiting for the Prime Ministers’ results on the ponzi and pyramid bill which was passed in Parliament, before action can be taken.

“The Prime Minister wrote to the Minister of Finance to give a report before the end of May. If we receive the position of government from the Ministry of finance and OPM, we shall take action in accordance to the directive,” Kateera explained.

He however cautioned Ugandans against risking their hard-earned money to pyramid schemes.

“For instance where can a student who has just completed studies get Shs 770,000 to join? This means that some students escape with school fees to join the pyramid claiming that they are going to gain”.

“As a deputy RDC in Mbarara, I don’t expect and don’t encourage any person to join Global Alliance”.

The scheme has other offices in Kyosiga house along Makhansingh street, Easy View complex along Mbaguta Street and in Rushere town, Kiruhura district.