Sekade, 24 on HIV: I Was Given Daily Medicine Yet I Was Feeling Okay 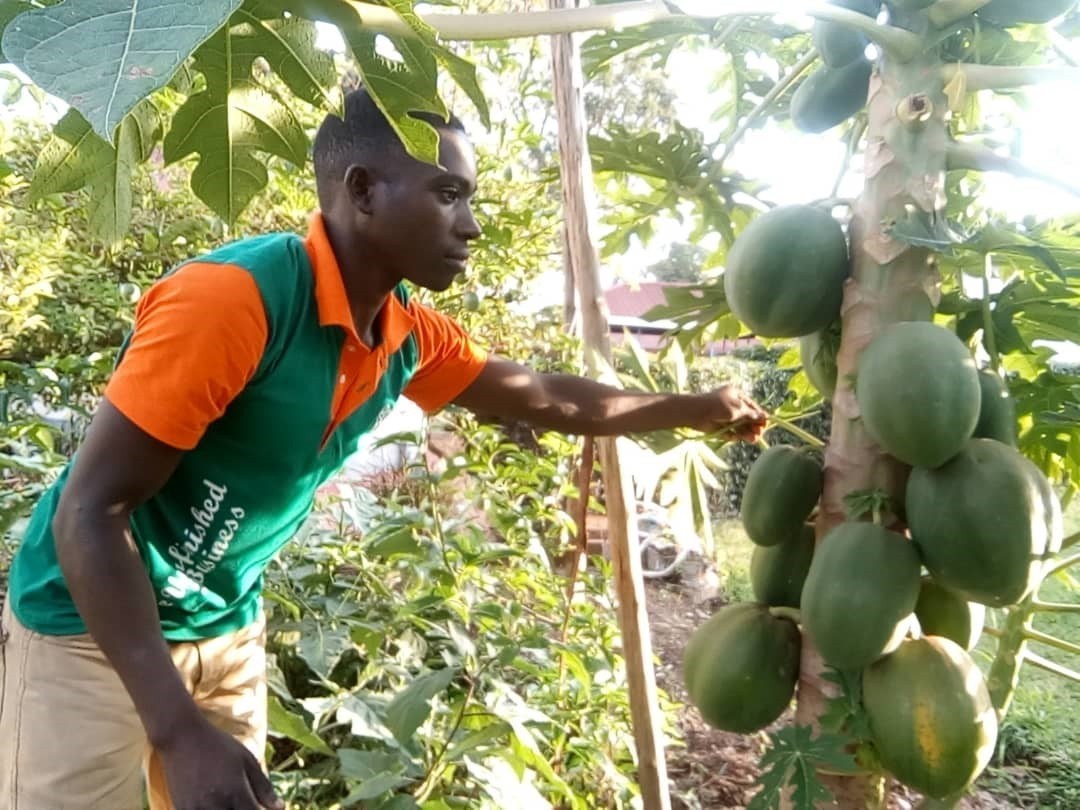 William Sekade, 24, was born with HIV. He says it wasn’t easy with the stigma, sour medicine and regular sickness but his father has seen him through all this.

After Sekade’s mother dying of HIV in 2004, his father, Mr Edward Kiyinji took him for a test and discovered that he was HIV positive.

Since he was only 10 years then, his father couldn’t tell him about his status. He was constantly taken to the hospital and given a lot of medicine which made him inquisitive.

“I asked him why I was given a lot of medicine yet I was feeling okay. That’s when he explained to me that I had a virus, and what it meant,” he recalls.

He says he was very bitter then that he asked his dad why he had to through all that.

However, Sekade was excited about the great food, playing materials and care he received from the hospital.

His father took him for counselling sessions that made him come to terms with what he was. He also spent time with people with a similar problem which made him stronger.

“The drugs were a bit sour and I had hard time taking them. Since they are strong, one had to first eat before taking these drugs. I always reported late to school,” he recalls.

In 2009, Sekade started missing drugs as he was staying with his grandmother with no one to follow up closely.

“This resulted into Tuberculosis and I was admitted for a period of six months. I couldn’t go to school so I had to repeat a class,” he says.

He was also moved from taking a tablet and aspirins once a day to line two of taking them twice a day which was discomforting.

Sekade says his father has been supporting him from day one to the extent of hiding the fact that he had TB from his siblings for fear of them discriminating him.

Since he was helped come to terms with who he was, Sekade wanted to return the favour. In 2014, while in Senior Four, he came clean and told people he was HIV positive.

In his vacation, he started inviting people who were passive on treatment to teach them how to take the medicine as well as the danger of not taking their drugs on time.

“The S.5 results came and since I was always sickly, I hadn’t performed well.  I really loved to be a doctor but that wouldn’t be possible with the way I had performed,” he notes.

Sekade decided to pursue a career in counselling. He enrolled for a three-month course with the help of a well-wisher Edward Kafeero who took him in as he was from Masaka and had no relatives in Kampala.

After the course, Sekade joined Kasubi hospital where he was retained after internship because of his creativity and ability to counsel others.

Besides counselling, he also taught people to make liquid soap, mud stoves, and modern gardens among others which makes him versatile.

Sekade urges everyone to go for HIV testing and know where they stand, if found negative abstain and if positive, start on your drugs and don’t infect others.

“HIV is like any other disease, you can only survive when you are committed and take your medicines in time,” he says.

He also tells people to learn to accept who they are.

“If you are tested positive you can’t change that fact. You only have to learn to live positive and not get buried in misery,” he adds.

He says people should stop judging a book by its cover.

“Don’t marry someone unless you have tested and known their status.”