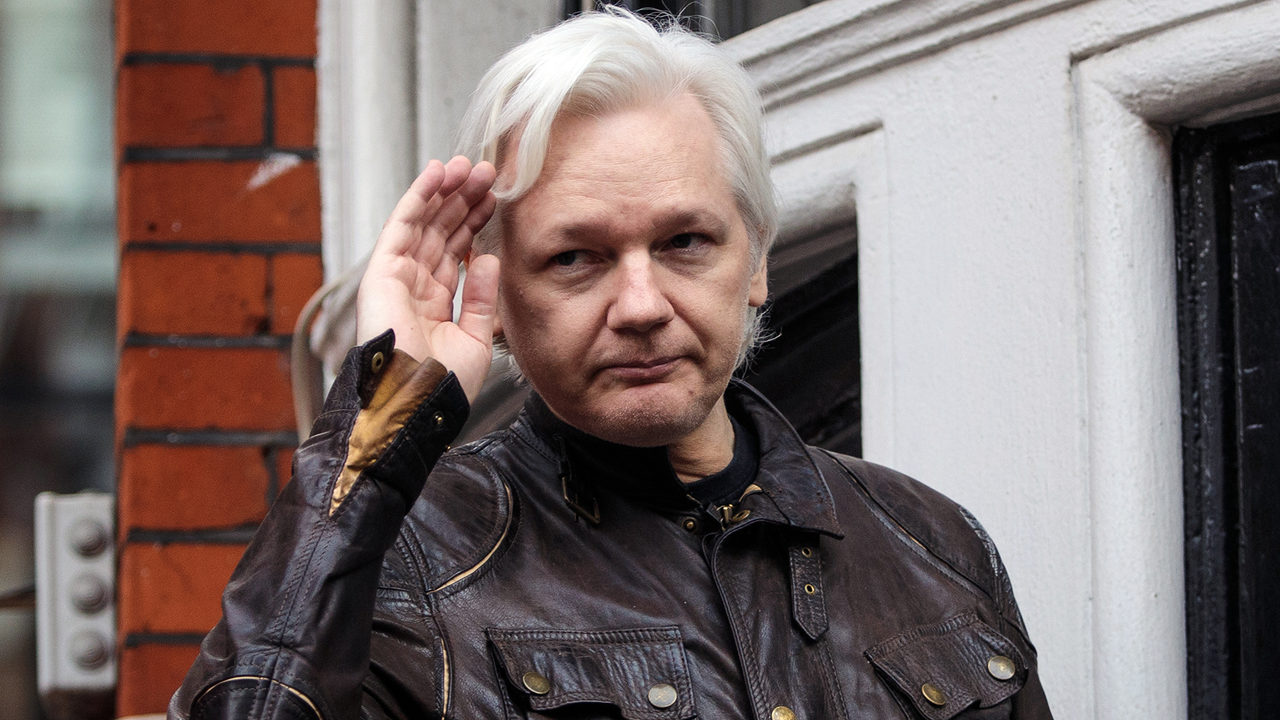 Swedish authorities on Monday issued a request for a detention order against WikiLeaks founder Julian Assange, who is now jailed in Britain, a Swedish prosecutor said.

Prosecutor Eva-Marie Persson says if the Swedish court decided to detain Assange “on probable cause suspected for rape … I will issue a European Arrest Warrant.”

The development sets up a possible future tug-of-war between Sweden and the United States over any extradition of Assange from Britain.

Assange was evicted last month from the Ecuadorian Embassy where he had been holed up with political asylum since 2012. He was then immediately arrested by British police on April 11 and is currently serving a 50-week sentence in Britain for jumping bail in 2012.

The Australian secret-spiller also faces a U.S. extradition warrant for allegedly conspiring to hack into a Pentagon computer.

Persson said Monday that British authorities will decide any conflict between a European arrest warrant and U.S. extradition request for Assange.

On May 13, Swedish prosecutors reopened a preliminary investigation against Assange, who visited Sweden in 2010, after two Swedish women said they were the victims of sex crimes committed by Assange.

While a case of alleged sexual misconduct against Assange in Sweden was dropped in 2017 when the statute of limitations expired, a rape allegation remains. Swedish authorities have had to shelf it because Assange was living at the embassy at the time and there was no prospect of bringing him to Sweden.

The statute of limitations in the rape case expires in August next year. Assange has denied wrongdoing, asserting that the allegations were politically motivated and that the sex was consensual.

According to the request for a detention order obtained by The Associated Press, Assange is wanted for “intentionally having carried out an intercourse” with an unnamed woman “by unduly exploiting that she was in a helpless state because of sleep.”

The request added there was “an aggravating circumstance” because Assange didn’t use a condom.

The 47-year-old Australian met the two Swedish woman in connection with a lecture in August 2010 in Stockholm. One was involved in organizing an event for Sweden’s center-left Social Democratic Party and offered to host Assange at her apartment. The other was in the audience.

A police officer who heard the women’s accounts decided there was reason to suspect they were victims of sex crimes and handed the case to a prosecutor. Neither of the alleged victims has been named publicly.

Assange faces a maximum of four years in prison in Sweden if he is convicted of the rape.

Persson said the day and time for the detention hearing regarding Assange at the Uppsala District Court north of Stockholm that will make the decision has not yet been decided.

“However, in my view, the Swedish case can proceed concurrently with the proceedings in the U.K.,” Persson said in a statement.