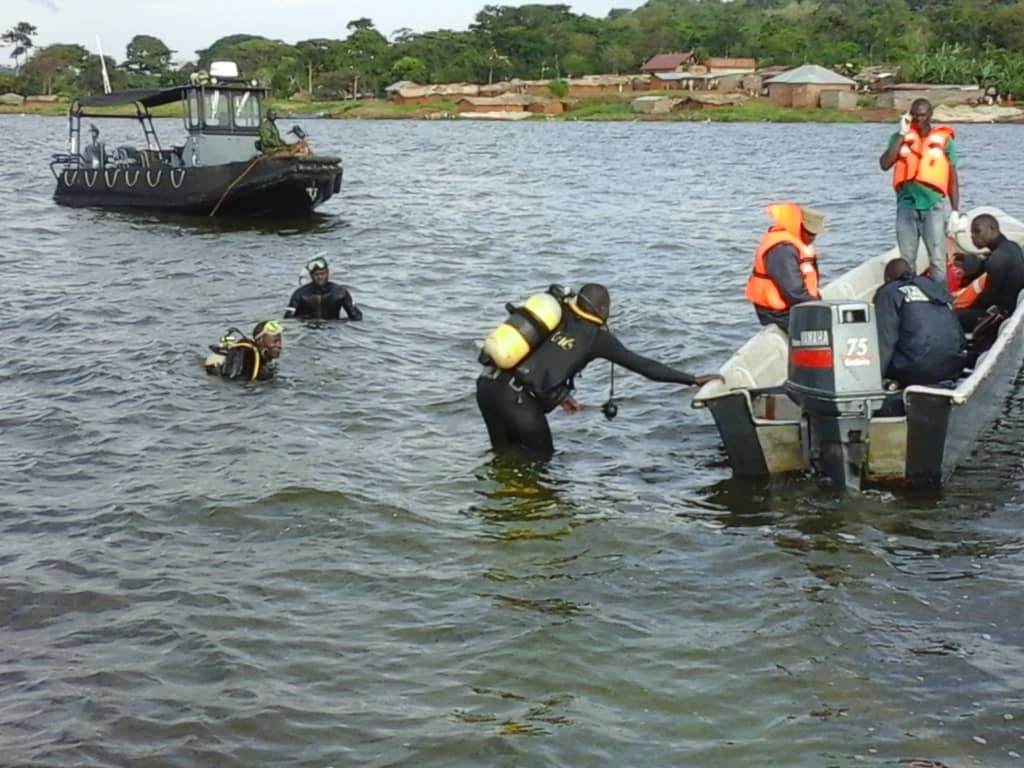 Two people have been confirmed dead and several others rescued following a boat accident on Lake Albert, Sunday afternoon.

According to the locals, the boat was taking football fans and their players from Fofo landing site in Buseruka Sub County to participate in football matches.

The cause of the boat accident has been attributed to the strong winds by some while others said that it was overloaded with over fifty people.

By press time, two bodies had been retrieved from the lake a few minutes after the accident at around 3pm.

According to eye witnesses, the fans and football players who set off from the landing site amid jubilation started calling for help, almost 300 metres into the lake.

Godfrey Komakech, the Buseruka Sub county councillor, said that the boat could have had a hole which let in water that forced the boat to capsize. He said that they were able to retrieve over 20 people immediately after the accident

” We managed to retrieve two bodies and rescued about 20 people who have been taken to nearby health centres. We shall continue with the search to make sure that every one is retrieved,” Komakech told journalists.

According to the regional Police commander Julius Hakiza, police was helped by the locals to retrieve bodies of the deceased and the search is was still ongoing by the time of compiling this report.

Mutima beach in Mpata village Mukono, was thrust into the global limelight after a boat accident claimed lives of more than 30 people in November last year.

The incident shook the nation and led to calls for stronger regulation and supervision of water vessels.