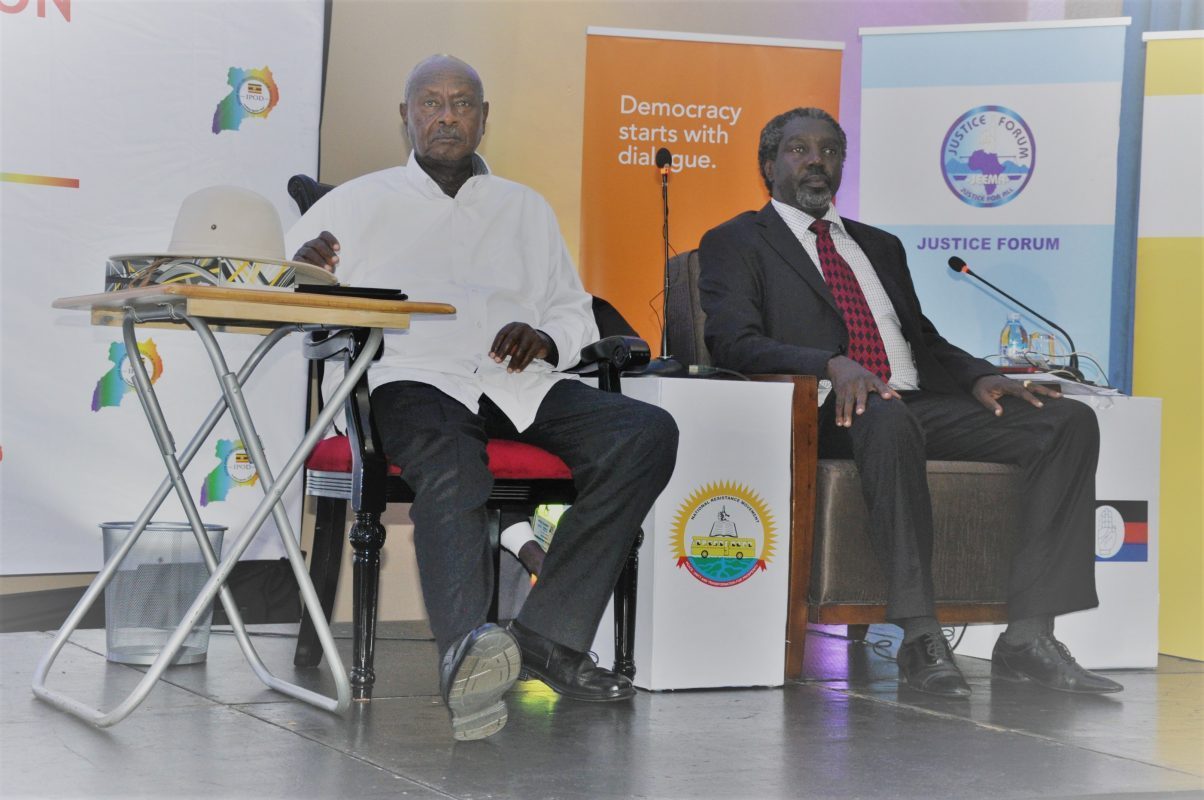 this is ChimpReports’ Morning Intelligence Briefing.

Talking is a Commandment from God, says Museveni

President Museveni has implored opposition politicians not only to focus at fighting prevailing regimes but also work towards developing their people.

He made these remarks while closing the second Inter Party Organization for Dialogue (IPOD) leader’s summit held at Protea Hotel in Entebbe on Tuesday night.

Deducting from his experience, Museveni pointed out that in the 1960s while still a Democratic Youth Winger, he was able to promote modern cattle farming regardless of his political affiliation.

“Instead of fighting the UPC government, I didn’t want to fight. First of all, I did some work between 1966 until 1971 when Idi Amin came in. And this was to persuade people to stop nomadism but also to go from subsistence farming to commercial farming. They came and accused me of misleading people…” he said.

However, on approaching Hon. John Babiiha who was the then Minister of Animal Resources, Museveni was instead given a green light.

Relating to the present, he advised opposition actors to emulate him.

Signing off, he wondered why opposition party Forum for Democratic Change (FDC) does not usually attend the event.

“Opposition does not mean that you don’t work for your area. If you are not lucky to be in the government in Kampala but there is enough peace, work for the socio-economic progress of your area. Nobody is stopping you from doing that, I did it and I am here,” Museveni advised.

The FDC has since ruled out its participation in IPOD, citing political harassment and lack of goodwill from President Museveni on implementation of the Summit’s resolutions.

Reflecting on the ideals of Africa National Congress (ANC) founders, President Museveni said he is only in politics to ensure prosperity through market integration, democracy and fraternity among others.

Commenting about the IPOD appendage, he said Uganda would have avoided a lot of problems if its post-colonial leaders had dialogued.

On his part, Museveni said he has always been an advocate of this method in settling political scores.

“So for me when you call for dialogue, I will be here the following morning. You cannot be in leadership and say I don’t want to talk. For me I take it as a biblical command to talk to anybody who wants to talk to me,” he added.

The $1.6m facility will specifically enhance biosafety and bio-security standardsUganda through the National Agricultural Research Organisation (NARO) is today Tuesday set to open the regional bio-security and bio-safety laboratory to boost the organisation’s diagnostics capacity.

The US Department of Defense (DoD) initiated the Cooperative Biological Engagement Program (CBEP) in Uganda being implemented by the Defense Threat Reduction Agency (DTRA).

NARO’s Principal Public Relations Officer, Charlotte Kemigyisha tells ChimpReports that through the CBEP, DTRA has constructed and equipped a state of the art Regional Biosecurity Diagnostic Laboratory (RDL) at the Livestock Research Institute in Nakyesesa under the National Agricultural Research Organization.

“The laboratory, while serving the sub-Saharan African region, will facilitate enhancement of biological security and safety of livestock in Uganda especially at the time when there are several emerging and remerging disease outbreaks including deadly zoonotics such as Ebola and Anthrax,” said Kemigyisha.

The laboratory is expected to save the organisation both money and time they were putting into exporting the samples out of the country for diagnosis which could take two months to get the results back and cost roughly US$2,000 per sample.

Kemigyisha said the laboratory will be commissioned by Minister of Agriculture Animal Industry and Fisheries, Vincent Ssempijja.

“Dr Ilunkamba is appointed Prime Minister by ordinance number 19/056,” a Monday evening statement from the DRC presidency reads in part.

“The former General Manager of the National Railways Company of Congo will lead the new Government whose structure is being developed,” it added.

Ilunkamba served in the governments of Mobutu and Kabila as presidential advisor and minister of state for planning.

After obtaining his Ph.D. in Economics in 1979, he taught at the University of Kinshasa.

The appointment of Dr Ilunkamba coincided with the return of former Katanga Governor Moise Katumbi. He was welcomed by hundreds of supporters.