Committee suggests favour payment for traders with no proof of supply to S. Sudan 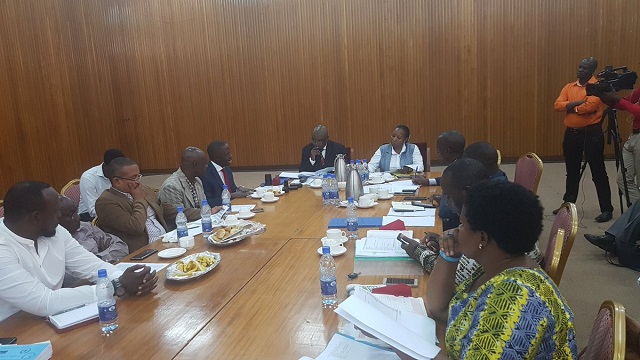 Kampala, Uganda | THE INDEPENDENT | The Select Committee of Parliament on South Sudan wants the government to consider ex-gratia payments to Ugandan traders who supplied goods and services to South Sudan with no documentary proof.

The traders supplied goods and services but were never paid following a conflict that started in South Sudan in 2013.   South Sudan and Uganda then entered into a mutual agreement which could see Uganda clear the debt and treat it as a loan to the government of South Sudan. The money will be paid back within five to 10 years with a six per cent interest rate after the first year.

But the MPs say that up to 27 individual traders had claims worth 5.6 billion Shillings that were not supported with credible documentation, and were as such left out at the time of verification and assessment. Some of the claimants lost their vehicles during the conflict.

According to Committee Chairperson Ann Marie Nankabirwa, another group of six companies who supplied South Sudan require further investigations and are demanding for close to 1 billion Shillings. Additional claims amounting to 6 billion shillings, by 22 individuals are not supported.

Nankabirwa says that although the South Sudan Government cannot compensate individuals and companies who have missing documents and no evidence of supplies, the Ugandan government can consider ex gratia payments to ensure that they do not lose out. Ex Gratia is a sum of money paid when there was no obligation or liability to pay it.

“It is not possible for the South Sudan Government to accept responsibility for any loss suffered by the traders with undocumented and poorly substantiated claims. In this case, the government should consider extending ex gratia payment to this category of traders.” Nankabirwa says.

She adds that the funds should be a form of funding meant to enable them to get back on their feet and start afresh.   “Those who lost dear ones or got maimed while in South Sudan should also be assisted from this same fund,” The report reads.