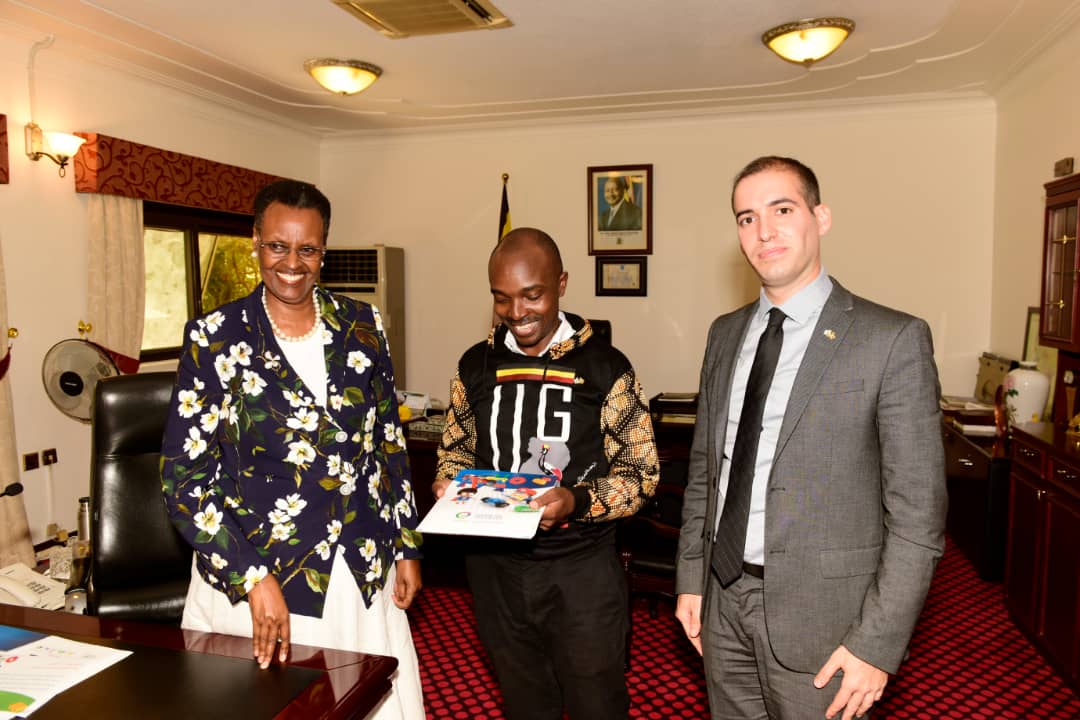 The First Lady and Minister of Education and Sports, Janet Kataha Museveni, has lauded the e2 Young Engineers Uganda programme for skilling Ugandan children at an early age.

The Minister made the remarks on Friday at State House Nakasero, while meeting the Israeli Deputy Ambassador to Kenya, Uganda, Tanzania, Malawi and Seychelles, H.E Eyal David.

In the meeting were also top officials of the Ministry led by the Permanent Secretary Alex Kakooza and Arinaitwe Rugyendo, the Managing Director of the African School of Innovations, Science & Technology (ASIST) Ltd which runs the programme in Uganda on behalf of the parent programme in Israel.

Most important is that they exit the programme at the age of 15 with a practical project that they eventually scale and commercialize in future.

H.E Eyal David, who was in the country to discuss with the ministry on various levels of cooperation between Uganda and Israel in improving the education system in Uganda, used the chance to introduce the project to the First Lady and recommended it as good programme that has the potential to simplify the teaching of science and maths in Schools across the country.

“Your Excellency, this programme is time tested and has been running in over 46 countries around the world. When you talk about skilling Ugandan students and vocationalizing the education sector, this early childhood programme comes in handy and we recommend it for your consideration,” he said before inviting Rugyendo to make a brief presentation.

In the brief, Rugyendo took the team through the details of the programme and argued that the intention is solve the negative science bias in schools, build a science culture in the country from which the country will groom future problem solvers, creative thinkers, innovators and entrepreneurs.

“Our aim is to nurture children at an early age so that they become the next generation of Ugandan Scientists and innovators,” Rugyendo pressed.

He requested the First Lady and the Ministry officials to study the programme and embrace it on the national curriculum for public schools through a collaborative arrangement.

“My concern is that it is the private schools, most especially the international schools, which are benefiting. Our local school where majority of the children dwell, are left out because the ministry has not yet studied it in order to recommend it for them,” Rugyendo revealed.

He called for collaborative efforts and a deeper interaction with the ministry in order to have the programme be available within the confines for the Early Childhood Education policy.

In response, Museveni lauded the programme and asked her officials to discuss it further.

She added that it was her dream to see how Ugandan children start innovation at a very early age instead of waiting to do it after university.

“We need to look at this programme, discuss it with the owners, study it and plan with them. I feel it can do something to our learning because government has not taken the Early Childhood Education policy seriously because of lack of programmes like these,” she told her ministry officials.

The Ministry’s Permanent Secretary, Alex Kakooza, observed that indeed the programme was fitting in the scope of some few which have come up of late to simplify the teaching of STEM in Uganda and promised a further discussion.

“The teaching of Science and Maths has been very abstract and for this, we are open to the discussion the owners as well as our technical team,” he promised. 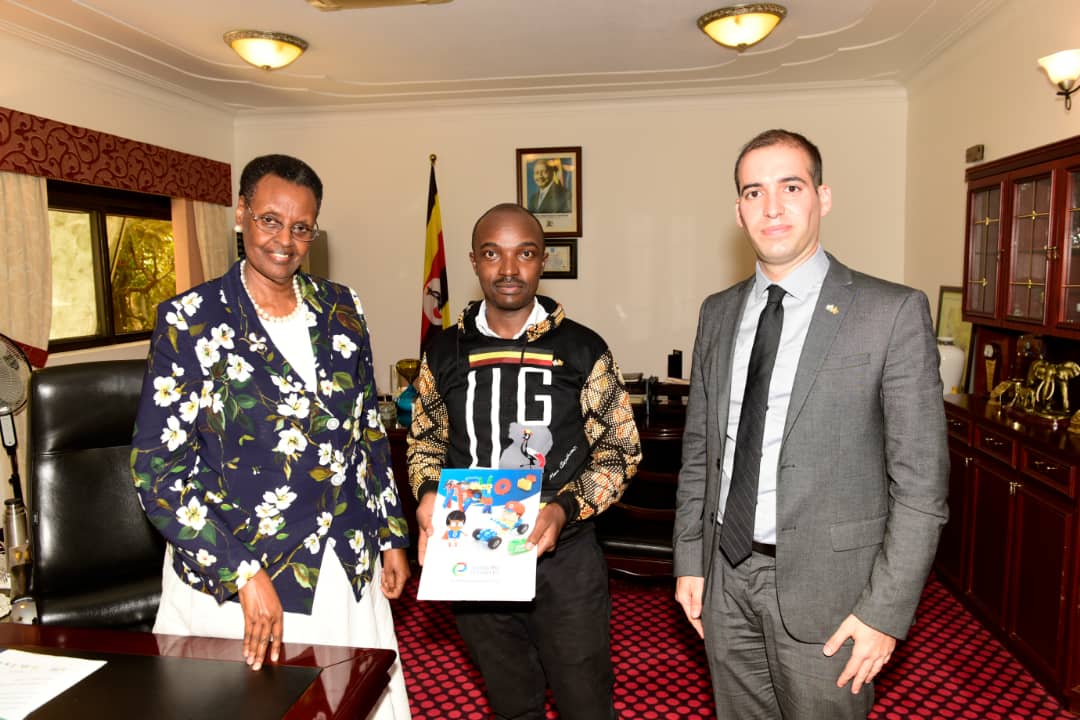 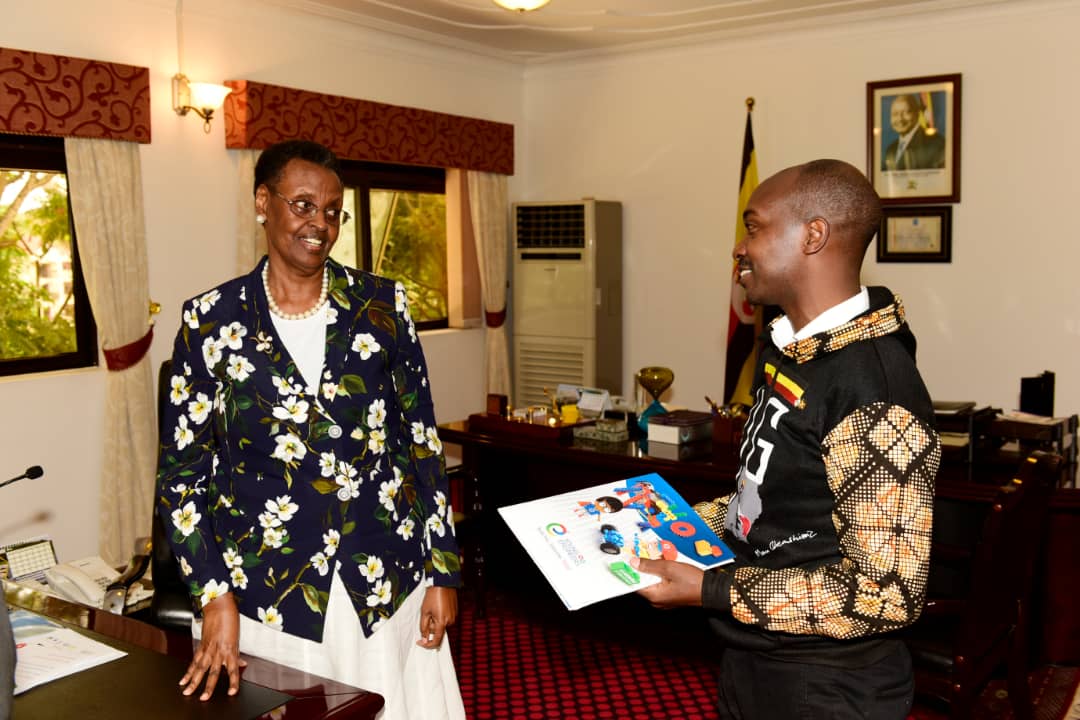 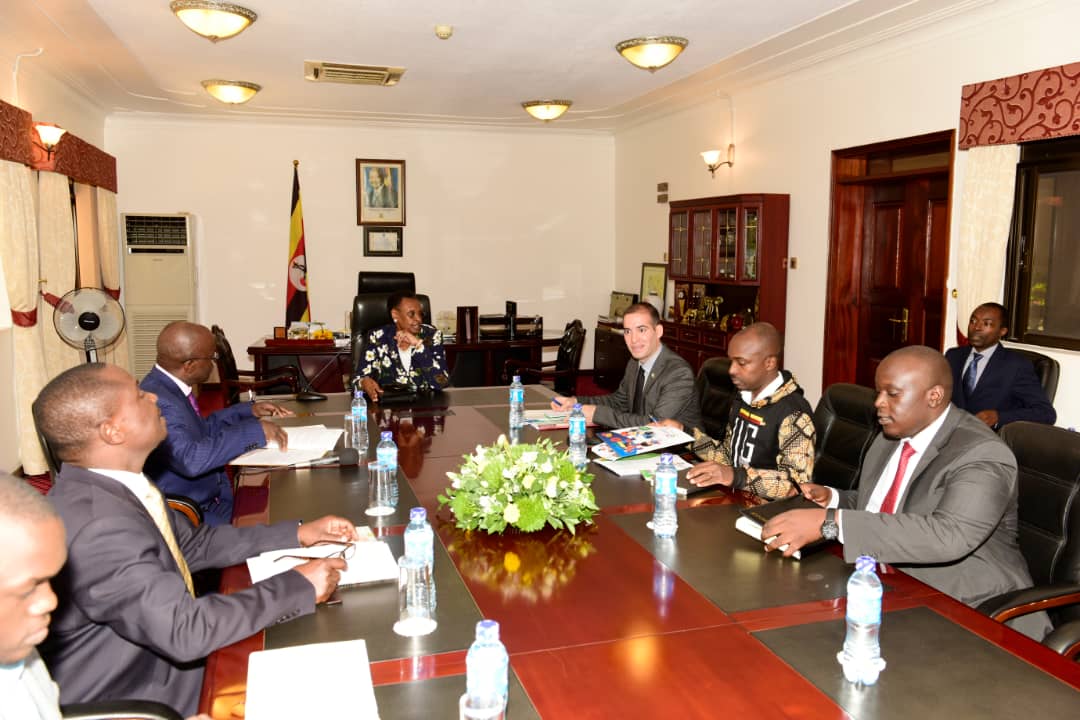