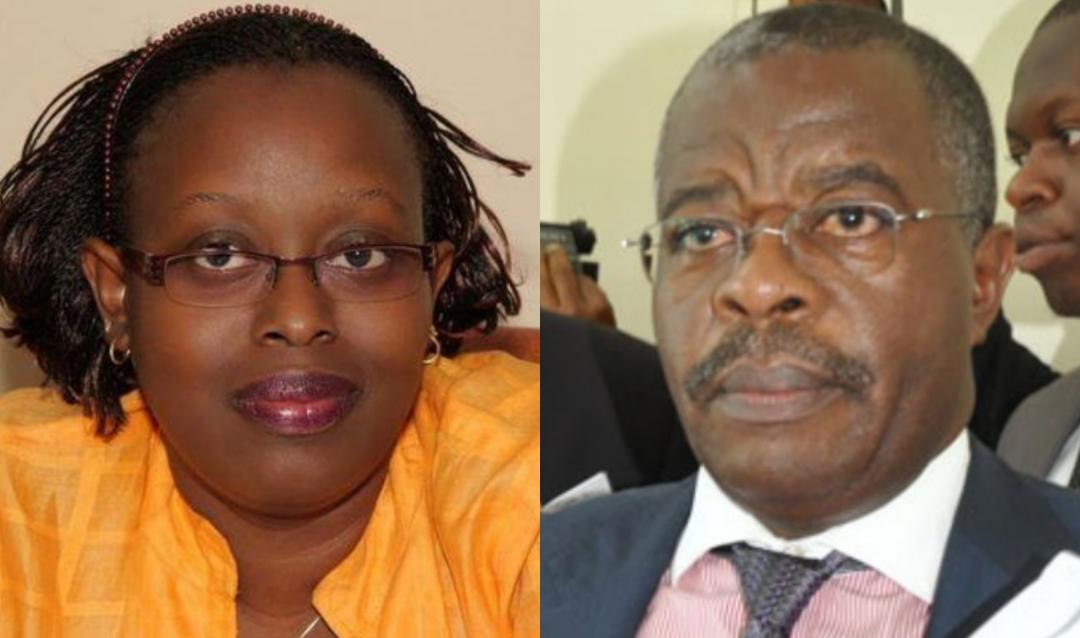 Samantha Mwesigye, the Senior State Attorney in the Ministry of Justice who accuses Deputy Solicitor General, Christopher Gashirabake of sexually harassing her has vowed she will not allow to be muzzled but fight on until she attains justice.

Mwesigye alleges that for over the last 10 years, she has been facing sexual harassment by her boss, Gashirabake.

Last week, Mwesigye came out publicly to reveal that she has been suffering several sexual harassment from Gashirabake but her cry had not been attended to by the relevant authorities she reported to.

She accused the Deputy Solicitor General of not attending to her claims despite writing several letters to him.

“I want him to tell me whether he responded to my letter of 28th March were I told him that I had heard from the deputy Attorney General that a committee was set up. I asked to be notified of the composition and of the procedure but he has not responded up to today, Mwesigye said.

Mwesigye queried why the details of the committee are being kept a secret.

“I complained to them using formal structures, they let me down”.

Mwesigye says the issue is not only about Gashirabake but the failure by all institutions to fight sexual harassment at workplaces.

“I must say Gashirabake has put me to hell. I wrote to him in June and told him that he is a father and should let me be but he chose to put me out and make all kinds of claims. God is my witness, I am above reproach, you can use whatever means, I stand tall, I will get justice to its end,” Mwesigye said.

“I shall not be muzzled, you know what you put me through and they are things I can’t repeat. That man has a mouth that needs to be cleansed with Jik, he shamed me and told me things you can’t even say to someone else”.

“I register my biggest disappointment with the Ministry of Justice who are in charge of the rule of law and the regulations of the Employment Act, the procedure is well laid out, I am required to be interviewed once I make a complaint but this has never happened, Mwesigye noted.

According to the laid down procedures, she said, Gashirabake is required to step down, however, he is still occupying the office.

She says the treatment by the Ministry towards her has made it unattainable for her to continue in a profession she has studied for five years.

“I am a seasoned lawyer, I can’t stand and falsely accuse a fellow seasoned lawyer because I know what it means. I have my evidence which I have laid down and some I have withheld but I can guarantee you enough is enough and you shall hear it all.”

“For those asking why I came out after his appointment to the Court of Appeal, I only wonder whether the shortlist was there in June or on 20th September when my initial complaint first came out. The appointment list has just been out for two weeks and I can’t allow this to be diversionary.”