Interview: Sam Cronin, a UK born artiste who prefers Ugandan music to that of his country speaks out on why he decided to camp here and uplift his career to the globe, says it’s hard for first world countries to recreate Ugandan sounds 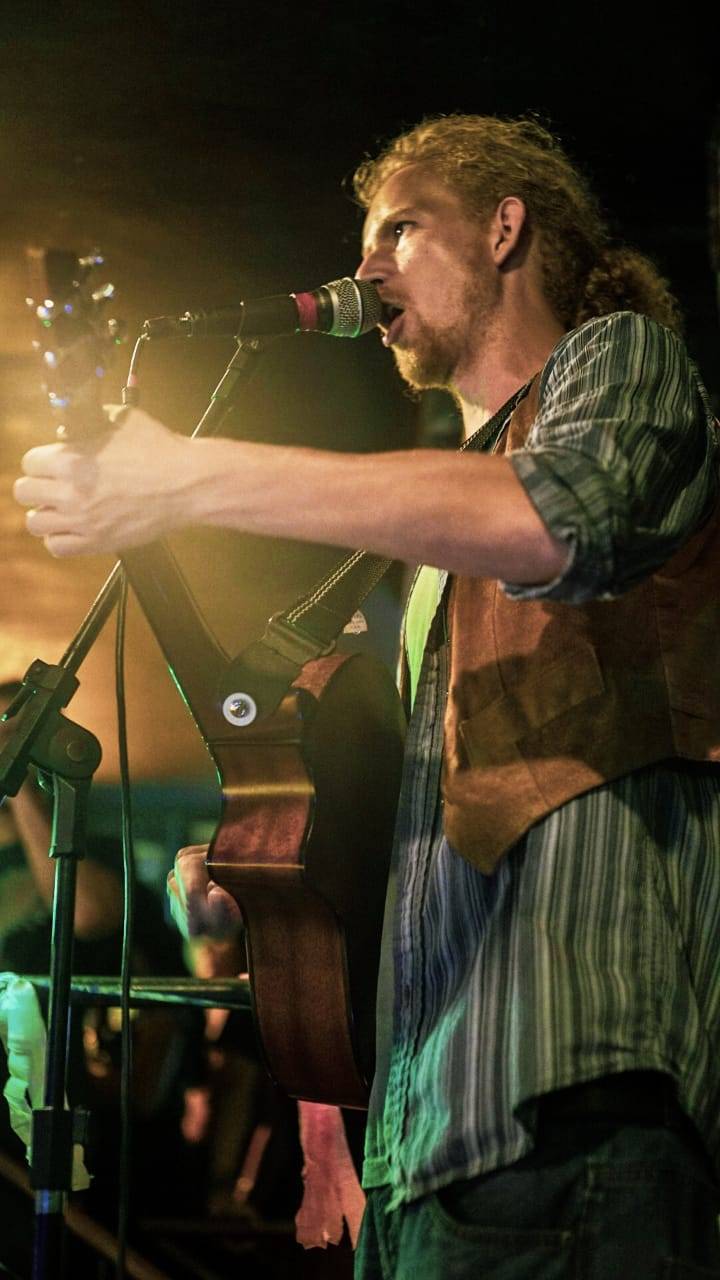 Sam Cronin is a born of England who spent most of his time traveling the globe before he specifically chose to camp in Uganda to concentrate on his music career.

My life has been very interesting and adventurous. Born in England, I moved to Nigeria when my father got a job in the oil company. We also moved to other countries in the Middle East and Europe. Traveling the globe was great, the experience exposed me to lots of different cultures and people.

As a child
meeting and interacting with Africans always excited me. While at school in
Doha, Qatar I met many Ugandans working there, I enjoyed chatting with them.
They later became friends and when I completed High school one of them invited
me to visit him. While here I fell in love with the culture and the hospitable
locals.

Various artists from my own country inspired me to take on music. My great uncle himself sings in a successful group and music has always been a strong part in my family life. It was when I took up acting and writing myself that I found out I had a talent for it and decided I wanted to make it my career, but because of my life  that evolved around traveling I didn’t want to keep it to the UK, but branch out into other places for inspiration and collaboration.

Why did you decide to record your
music from Uganda?

I have always been a fan of music from different parts of the world. Coming to Uganda and drawing inspiration from the music and the environment of the place was what I wanted. Because I wrote a song in Uganda, inspired by Uganda, it had to be recorded in Uganda. I wanted an authentic sound from the country, which could not be recreated easily in a studio in my country. I want to elevate to the globe basing in Uganda.

How many projects have you done so
far?

Not many, I
have produced a self-made solo album of songs inspired by different parts of
the world, but most of my works were done in Uganda.

What is your target audience in our
local music industry?

I have no
target audience, I want to make music for all, songs everyone can identify with
and enjoy.

Do you think that the local industry
consumers will embrace your style and language of music?

I hope so,
Uganda is an English-speaking country and my style is a little different but
not too unusual.

Rate Uganda’s music on a scale of 10
and why do you say so?

It’s hard to
say, for the songs where I don’t understand the lyrics I just really enjoy the
sound and the vibe of the music. I can’t compare with others, only to say I
enjoy it.

Okay, rate Ugandan music to that of
UK

Regarding
Ugandan popular music, I prefer it to the popular music in my own country
because of the great sense of rhythm and beat.
It’s a lot more fun. I feel many places in Africa have great music, all
different.

Are there plans of you doing
collaborations with Ugandan artistes?

It’s
possible, if my career goes that way. It would be something I would be very
interested in as I’m focused on promoting African culture abroad. As for now,
just starting out, I don’t know where it will take me.

Who is your best local musician?

I don’t have a great knowledge of musicians in Uganda, only that I enjoy the majority of the music I hear when I’m there. Though I really enjoy seeing Afrigo Band, a true ambassador for the sounds of Uganda. As a foreigner, I like to hear the unique sound of the country and this band is the best example.

Should we expect a song written and
sung in Luganda in the near future?

That could be a possibility, but I’m not sure. My language skills aren’t great but I do my best to learn.