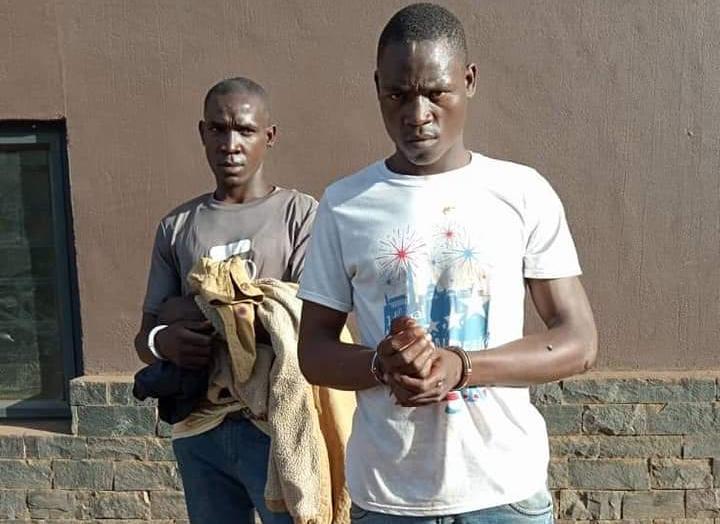 According to police, the two suspects identified as Japhali Kidaida and Ashraf Matovu were arrested at Nakasero Police station in Kampala.

It is alleged that they assaulted and robbed Mathias Sekamate, a KCCA worker who is currently admitted at Nsambya Hospital after suffering from severe injuries.

The assault incident happened on Thursday last week at around 06:30 a.m in the morning along Duster Street in Nakasero.

In the investigations, police said that CCTV footage was reviewed and later revealed the suspect (Kidaida Japhali) stoning Sekamate and taking off with some of his Property.

“The two suspects are currently held at the Central Police Station Kampala on charges of assault and robbery as their file will later be referred to the Residence State Attorney for advice,” said the police.