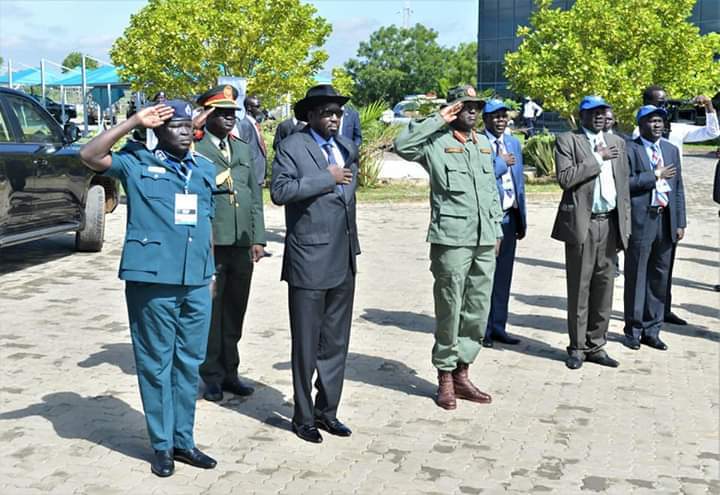 The President of South Sudan Salva Kiir has warned the Red Card Movement which is threatening to remove his government the Khartoum style.

The movement has called for the stepping down of Kiir before July 9th 2019 or get ready to face a civil resistance meant to force him out like Sudan’s Omar Bashir.

Red Card Movement members, mainly from the opposition, are mobilizing people on social media to get ready for street action to demand for regime change.

Speaking in the capital Juba on Tuesday, Kiir said youth should shun the group and instead channel their energies to peace.

He warned that the government can decide to  “use automatic weapons” on those who dare to show up on the streets.

“Anything can happen during chaos. …Why would you want to die for nothing?” Kiir charged.

He however added that he will not order any soldier to shoot any protester but no demonstration is going to be allowed.

“I will not order for any shooting since that is not our mission. None the less there will not be any disruptions,” added Kiir.

He spoke during the inauguration of the international gateway to the internet at the Ministry of Information, Communications and Postal Services.

He said the initiative is his country’s entry point to the world of technology and its associated benefits.