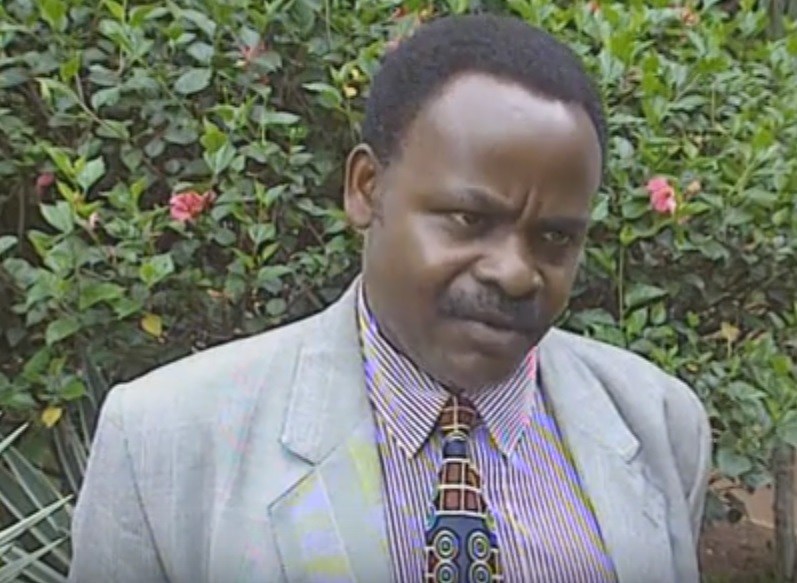 The widow of former Rwanda Interior Minister, Seth Sendashonga, has demanded an investigation into circumstances under which her husband was killed, Chimp Corps report.

Sendashonga was shot dead in Nairobi on May 16, 1998 after fleeing to exile.

“The people who killed my husband have not yet been brought to justice,” said Ms Cyriaque Nikuze Sendashonga in an open letter to Kenyan president Uhuru Kenyatta.

Nikuze says in a letter dated May 16 that she believes her husband’s death was “clearly Rwanda government organized crime.”

The development comes high on the heels of President Paul Kagame’s remarks in Rwanda that he was unapologetic about Sendashonga’s killing.

During the recent government of Rwanda official’s retreat in Gabiro on March 9, 2019, Kagame observed: “In meeting with Generals from Uganda, Seth Sendashonga had crossed the line and that is how he came to die, I am also not apologetic about it.”

Nikuze also refers to another interview with the weekly Francophone Magazine Jean Afrique this past April, in which Kagame said, “Seth Sendashonga’s death had to with his enterprise to destabilize Rwanda with the help of certain high level officials in the Ugandan government such as Gen Salim Saleh, a brother of Uganda’s President Yoweri Museveni.”

However, when asked by Jeane Afrique whether he was taking responsibility for Sendashonga’s death by saying he crossed the line, Kagame responded: “Do not distort my words. And read again the testimony of Gérard Prunier in the book, ‘From Genocide to Continental War ’. It tells how his friend Sendashonga recruited hundreds of militiamen with the support of Ugandans. Before concluding that Kigali’s power had, according to him, decided to eliminate him because he had “crossed the line” – the words are his (Prunier).’”

The magazine further probed: If Kagame was not responsible for Sendashonga’s death, why specify that he would not apologize for the incident?

In response, the Rwandan leader, noted: “It is clear that I do not regret the death of Seth Sendashonga, nor any of the enemies of the nation.”

But Nikuze told Kenyatta that Kagame’s “statements constitute admission at law,” adding, “To the dead we owe justice and justice delayed is justice denied.”

Sendashonga, a Hutu, was recruited by the Rwandan Patriotic Front (RPF) to serve as its liaison with the predominantly Hutu political parties within Rwanda that were opposed to the Habyarimana regime.

When the RPF established a government in July 1994, Sendashonga became Minister of the Interior, putting his considerable prestige at the service of the coalition government and so attracting many other moderate Hutu to its support.

One of the politically moderate Hutus in the National Unity Cabinet, Sendashonga became increasingly disenchanted with the RPF and was eventually forced from office in 1995.

Sendashonga also firmly condemned the 1994 genocide in which Hutu extremists killed more than half a million Tutsi.

In the intervening years, he refused to support the insurgency against the Rwandan government because it was led by soldiers responsible for the genocide.

A first attempt at assassinating Sendashonga failed in February 1996, although both he and a nephew were wounded in the attack.

A man apprehended with a firearm at the site of the attack was identified as an employee of the Rwandan embassy in Nairobi. Although arrested, the assailant was never prosecuted by Kenyan authorities.

After surviving a 1996 assassination attempt while in exile in Kenya, he launched a new opposition movement, the Forces de Résistance pour la Démocratie (FRD).

On 16 May 1998, at about 5 pm, Sendashonga was being driven home in his wife’s United Nations Environmental Programme car when he was shot and killed, along with his driver Jean-Bosco Nkurubukeye, by two gunmen firing AK-47s.

Nikuze recalled that during the trial of her husband’s suspected killers, the Police Inspector said the police’s efforts to investigate the matter “had been frustrated by Rwanda government embassy officials’ refusal to cooperate.”

The Police officer, according to Nikuze, was categorical in his testimony during the trial, saying, “After falling out with Rwanda government and after the first attempt on his life, Seth Sendashonga’s elimination was imminent.”

Nikuze said the judge, who acquitted the suspects for lack of evidence beyond reasonable doubt, observed that, “I am persuaded that the murder of Seth Sendashonga was political.”

Nikuze says some of the suspects in her husband’s murder “were Rwandan diplomats who enjoyed diplomatic immunity in Kenya.”

It remains unclear if Kenya will resurrect the case considering the warm ties Nairobi enjoys with Kigali.