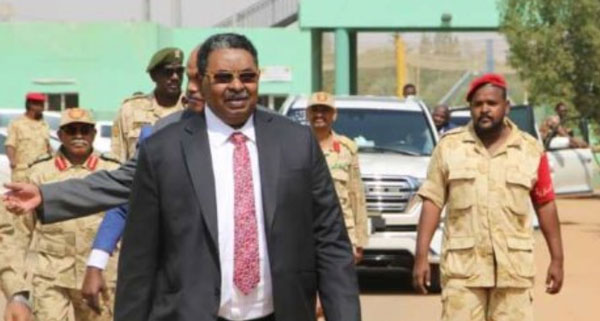 Khartoum, Sudan | AFP |  Sudanese prosecutors said Tuesday that security agents guarding the house of former spy chief Salah Ghosh had prevented them from arresting him, despite a warrant issued by anti-graft authorities.

Ghosh had overseen a brutal NISS-led crackdown against protesters taking part in the demonstrations which had rocked Sudan since December.

The operation left dozens killed and hundreds wounded, while thousands of protesters, opposition activists and journalists were arrested.

On Monday, a team of policemen and prosecutors went to arrest Ghosh and search his house over alleged corruption, prosecutors said in a statement.

“The force that was guarding the house of the accused, which is affiliated with NISS, stopped the order from being executed,” they said.

“It justified this by saying that it had not received any prior order or instruction” to allow Ghosh’s arrest, they added.

“This behaviour… blatantly violates the law and sovereignty of the state,” the prosecutors said, threatening to strike over the incident.

They called for the current head of the NISS to be sacked and the agency restructured, along with amendments to the Bashir-era national security law.

Ghosh is seen as a former regime insider. Rights groups and protesters want him to be arrested and investigated for his role in the crackdown.

Bashir had appointed Ghosh for his second stint as NISS chief in February 2018.

Ghosh had worked intermittently for NISS ever since the 1989 coup that brought Bashir to power, according to Sudanese media.

He was credited with building NISS into one of the most important pillars of Bashir’s regime before his dismissal in 2009.

He was later jailed on accusations of plotting a coup, but no evidence was found against him and Bashir pardoned him.

Over the years, NISS had overseen repeated crackdowns on government opponents and the media.