Uganda: Why is Single Motherhood on the Rise? 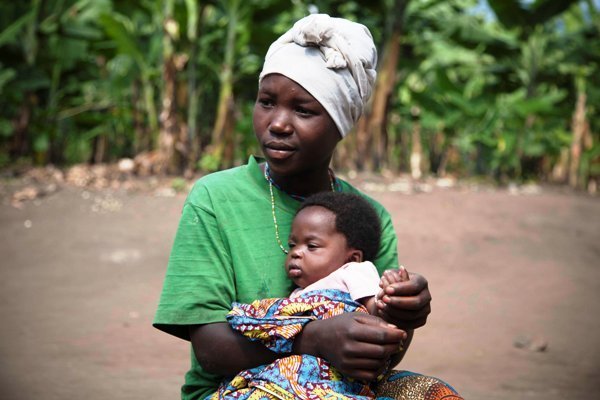 Ecclesiastes 4:9:  says “Two are better than one, because they have a good return for their labor: If either of them falls down, one can help the other up.

But pity anyone who falls and has no one to help them up. Also, if two lie down together, they will keep warm. But how can one keep warm alone?”

In the early years, marriage was highly respected whereby our great grand parents did all they could to save their marriages.

However, this seems an off trend in today’s Uganda as the rate of single mothers is extremely high. Here is why there are many cases of single parenthood today.

Nansikombi, a single mother notes that no woman should stand domestic violence however much you need your children to grow up in a complete family.

“I fell victim of psychological torture, he never raised a hand on me but his actions killed me. He was disrespectful, brought girls home in my presence, told all his friends and parents how he was tired of me and was not afraid to say it in my presence,” she recalls.

“He sometimes came home in the wee hours. This continued for two years until I couldn’t hold it anymore,” she says.

According to the Organization for Economic Co-operation and Development (OECD, 2014), 17% of children aged 0-14 live in single parent households worldwide.

Women head approximately 88% of these households.

The report also indicates that on the contrary to popular belief, the majority of single parents are employed.

According to Mr Onyango-Obbo is the publisher of Africa’s article in Daily Monitor, single mothers tend to be the ultimate hustlers, and in Uganda, some reports indicate they are the backbone of the small-scale business sector.

Nansikombi says the rise in the number of single parents is due to the fact that men are neglecting their primary role of looking after their children.

“Men are very lazy and dependent on women. Today it’s the opposite of women going to offices to work as men relax at home and turn to drinking all day long,” she says, adding that this is the reason most women move on because they have learnt their rights and value.

To Aisha Namayanja, a senga, poor upbringing of children has aided the rate of broken marriages hence the high rates of single parenthood.

She says that girls go into marriages when they cannot even wash their knickers and therefore cannot do anything at home.

This makes men bored and the result will be looking for someone else who can meet their needs.

Sometimes women want to revenge on their men by doing what they do like dating, drinking, getting home late which doesn’t suit the status of women.

In the end you both get tired of one another and separate.

Betty Mbabazi, a medical practitioner and counsellor blames the high rate of single mothers on the high rates of childhood pregnancies and early marriages.

“Girls get pregnant at a tender age and those responsible are not willing to take them in,” she says, adding that those who get a chance to get married get tired of it and end up going separate ways.

Christina Malmberg Calvo, World Bank Country Manager in Uganda, recently said the cost of child marriages does not fall solely to the girls and their babies but constitute an enormous lost opportunity for Ugandan society and the Ugandan economy.

“Educating girls and ending child marriages must be a top priority for any aspiring middle income country. Inaction is really not an option,” said Christina.

Namayanja adds that women are so impatient and need quick things.

She says some of them aren’t willing to settle with one man and grow together but will run to whoever seems to have money and drop children everywhere.

This has seen increased cases of infidelity among couples as well.

What should be done

Nansikombi advises women to be patient as single parenthood is not easy; ask religious leaders and family members to help in case of misunderstandings. She says they should learn to move on when they cannot hold it anymore.

“Parents need to advise and teach their children right values in society so that they don’t find it hard when they are grown. Rich people shouldn’t let maids do all the work at home but also engage their children because you are not sure of who your child will be in future,” Nansikombi says.

She urges men to respect their wives and try as much as they can to save their marriages because all this affects the children who grow without one of their parents.