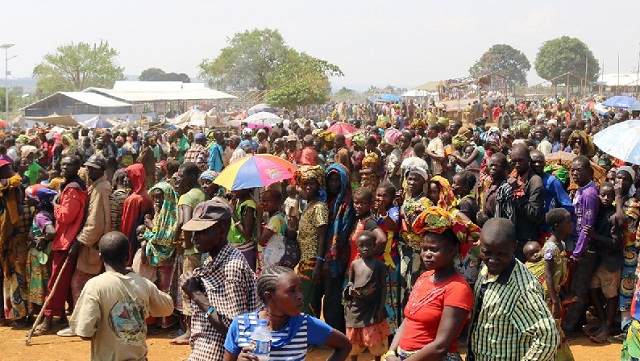 The clashes broke out on Saturday night between the Lendu and Bagegere displacing thousands of people from the areas of Tara, Muvaramu, Kango, Gbii, Roo, and Largo in Ituri province in Bunia district.

Vincent Omoya, the Vice-Chairperson of Kabwoya sub county says that the refugees who started arriving on Sunday night are received and registered at Sebigoro and Bugoma reception Centres. Omoya says that with an average of 300 refugees entering the district every day, the number is overwhelming.

Omoya calls for the intervention of humanitarian agencies and the Ministry of Health to vaccinate the refugees to avoid the spread of communicable diseases.

Nkondo Parish Chairperson Peter Kyasiimire calls on security operatives to intensify their security surveillance network and deploy to prevent wrong elements from penetrating the country using the advantage of the tribal clashes in Eastern DR Congo.

He fears that some of the Congolese refugees could penetrate the country with the wrong elements taking advantage of the porous border point.

Jolly Kebirungi, the Camp Commandant at Kyangwali refugees settlement area says that the refugees are received by UNHCR officials at Bugoma and Sebigoro reception centres in Kabwoya and Kyangwali sub-counties respectively.

She says after being registered, the refugees are transported to Kyangwali settlement area where they are accommodated.

Thousands of Congolese refugees have been crossing into Uganda since February 2017 through Lake Albert due to the escalating tribal clashes in Eastern DR Congo.