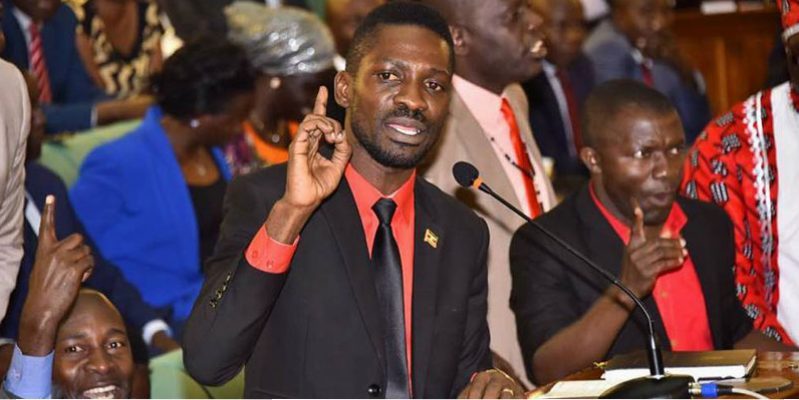 Kyadondo East Member of Parliament (MP), Robert Kyagulanyi Ssentamu alias Bobi Wine has notified Parliament that he intends to move a motion urging government to improve on the welfare of Police officers in the country.

The legislator made the remarks while making a personal statement complaining about the manner in which police and other security agencies in the country have continued to disregard and abuse his human rights.

Kyagulanyi accused the Police of subjecting him to several forms of physical and psychological torture which has happened on several occasions whenever he gets arrested.

“Since November last year, I have not been able to work or even hold political rallies anywhere in this country. We have laws in the country and ordinarily this matter would be resolved by the courts of law or other institutions of government, ” he said.

“However, in my case regarding my concerts, the High Court failed to uphold my constitutional rights choosing to rely on technicalities in total disregard of Article 126 of the Constitution,” Kyagulanyi said.

Bobi Wine said that despite having petitioned the Uganda Human Rights Commission in respect to the same matter under Article 52 of the Constitution, to date, he has received no response from the Commission in addition to failing to invite him for hearing.

“The Constitution is the Supreme Law of this country and the time has come for this Parliament to decide whether we shall be following the constitution or orders from above,” Bobi Wine said.

He added that he has also been denied an opportunity to participate in any peaceful demonstration which is a right guaranteed by Article 29 of the Constitution.

“Whenever I and my colleagues write to the police notifying them of our intentions as provided for by the Public Order Management Act, the Police simply ignore our letters,” Bobi Wine noted.

According to him, some police officers have been used to abuse rights of other Ugandans due to their poor state and remuneration.

“Having interacted with most of our police officers, I have realized that most of them work under unfavorable conditions, we all know they are under paid, poorly accommodated and they experience so much injustice and unfair treatment of course in terms of promotions as well,” Bobi Wine noted.

He says Police officers are also human beings like any other person who deserve the best if they are to serve Ugandans better.

“At the right time and with your permission, I intend to move a substantive motion for the improvement of the welfare of our men and women in uniform and I request all of you members to support my motion when I bring it because I believe that in many ways that their living conditions cause some of them to treat us so inhumanely,” Bobi Wine noted.

He added, “I believe that if we treat them right, we shall have the moral authority to demand that they treat us right.”