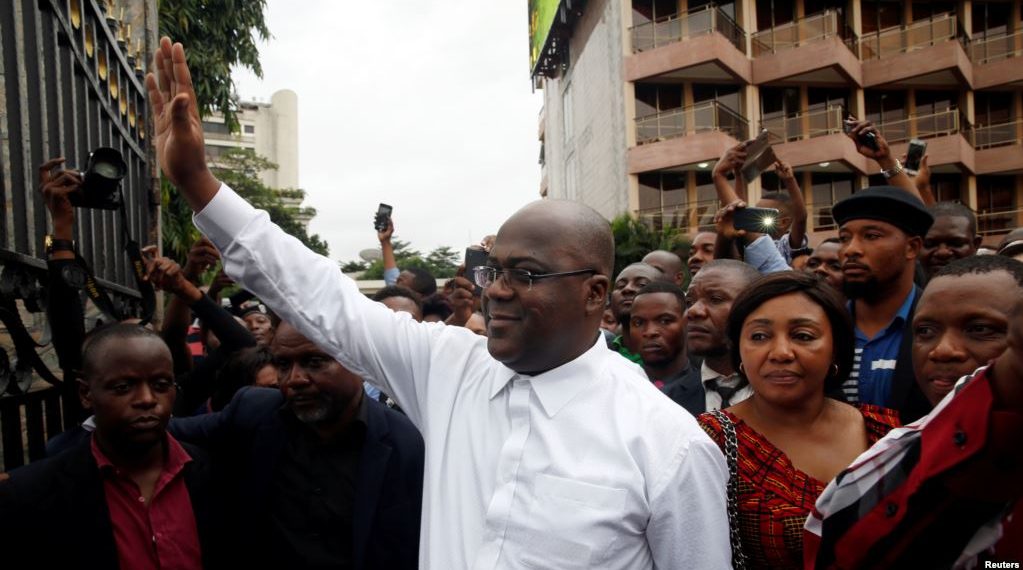 The body of the opposition figurehead father of DR Congo’s new president is to be repatriated to his home country two years after he died in Belgium, family members said on Tuesday.

Etienne Tshisekedi, whose son Felix was this year sworn in as leader in the country’s first peaceful transition of power in decades, is to be returned to DR Congo for burial next week.

He died in Brussels aged 84 in February 2017 but his body stayed in the Belgian capital due to political tensions with the regime of ex-president Joseph Kabila.

“The body of Etienne Tshisekedi arrives May 30 and the funeral will happen at Martyrs stadium,” his brother, Archbishop Gerard Mulumba, told AFP.

He said the burial was expected to take place on June 1.

Relatives told AFP that Etienne Tshisekedi’s body would be repatriated the day before.

“It’s been more than two years since we did everything we could (to repatriate the body),” said Mulumba.

“Now that things are going better, we are obviously relieved,” he said.

A critic of former dictator Mobutu Sese Seko, he co-founded the Union for Democracy and Social Progress (UDPS) in 1982 after a stint in prison.

In 1997, after Mobutu was ousted in a rebellion led by Kabila’s father, Laurent, Tshisekedi quickly became an opponent of the new regime — a stance that continued after Laurent’s assassination in 2001 and his son’s rise to power.

Almost two years after his death, on January 24, his son Felix Tshisekedi was sworn in as president after elections that saw Kabila quit following 18 years in power.

The election however was marred by widespread allegations of rigging and the country’s politics remain overshadowed by Kabila, who amassed extensive clout during his time in charge.