EC on the spot over voter education 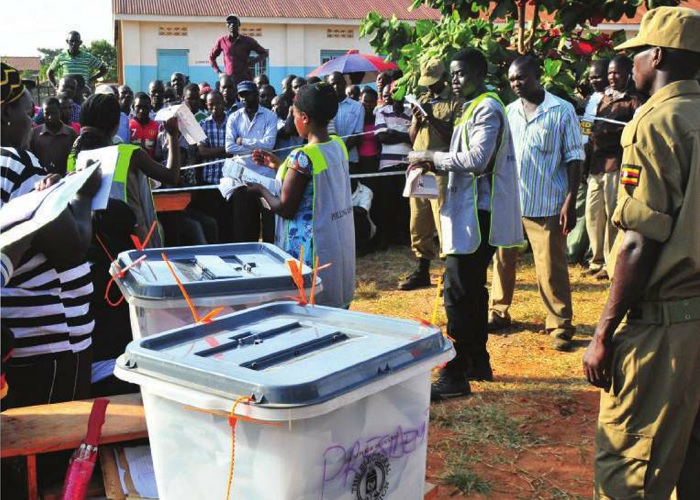 Kampala, Uganda | THE INDEPENDENT | Electoral Commission-EC is on the spot over for ignoring vote education ahead of the 2021 polls. Although voter education is a continuous process, several voters interviewed by URN in Mbale town, says the electoral body is no show.

Most of the respondent, say they have never attended any event organized by EC since the conclusion of the 2016 elections. They castigate the Commission for working in an isolation and keeping voters in the dark about its activities.

Thirty-one-year-old Juma Masuba is a voter at Munkaga polling station in Nauyo-Bugema town council in Mbale district. Masuba says despite his willingness to attend sensitization meetings organized by EC since he became an eligible voter in 2011, he has never he has never heard of any meeting organized by the Commission.

He vows not to participate in any election unless, EC inducts them on the voting process. Masuba suspects that EC deliberately ignores voter education in some parts of the country to keep voters uniformed and vulnerable to electoral malpractice.

The Mbale Deputy Mayor, Harriet Kakai also faults the Commission for ignoring voter education. According to Kakai, despite being a mayor, she has never heard of any voter induction meeting organized by the Commission in Mbale district when the next general elections are drawing closer.

She says the Commission has instead abrogated its role living it to the politicians who should ideally supplement its efforts. Yahaya Mawnje, the Mbale District youth chairperson also shares the same sentiments with voters. He says the absence of voter education explains the low turn up in the previous polls.

Only about 40 percent of the registered voters in the country participated in the 2016 polls.   He says there is need to educate voters on their rights and why they should cast their ballots to avoid voter apathy. Counsel Sam Khaukha of Sekabwenya & CO Advocates law firm, says before reprimanding Electoral Commission for any shortfalls, voters first need to discuss on its independence.

Khaukha says that there is need for the county to review the way the Commission leadership is appointed, saying they tend to act in the interest of the appointing authority. He says some voters with information about electoral malpractices, deliberately stay away from polls because of the predictable outcomes.

Yusufu Makweta, the representative Citizen Coalition on Electoral Democracy in Uganda-CEDU Eastern Uganda, notes that there is still a big gap in voter education. He says the Electoral Commission always waits until the last minute to begin educating voters, which affects the exercise.

According to Makweta, as civil society they intend to pressurize government to implement the proposed reforms listed by the Supreme court in it judgment on the Amama Mbabazi 2016 presidential electoral petition, which seeks to streamline elections.

However, the Mbale District Deputy Registrar, Robert Mugabe, says Electoral Commission has been on the ground since the previous elections sensitizing voters on their roles during elections.