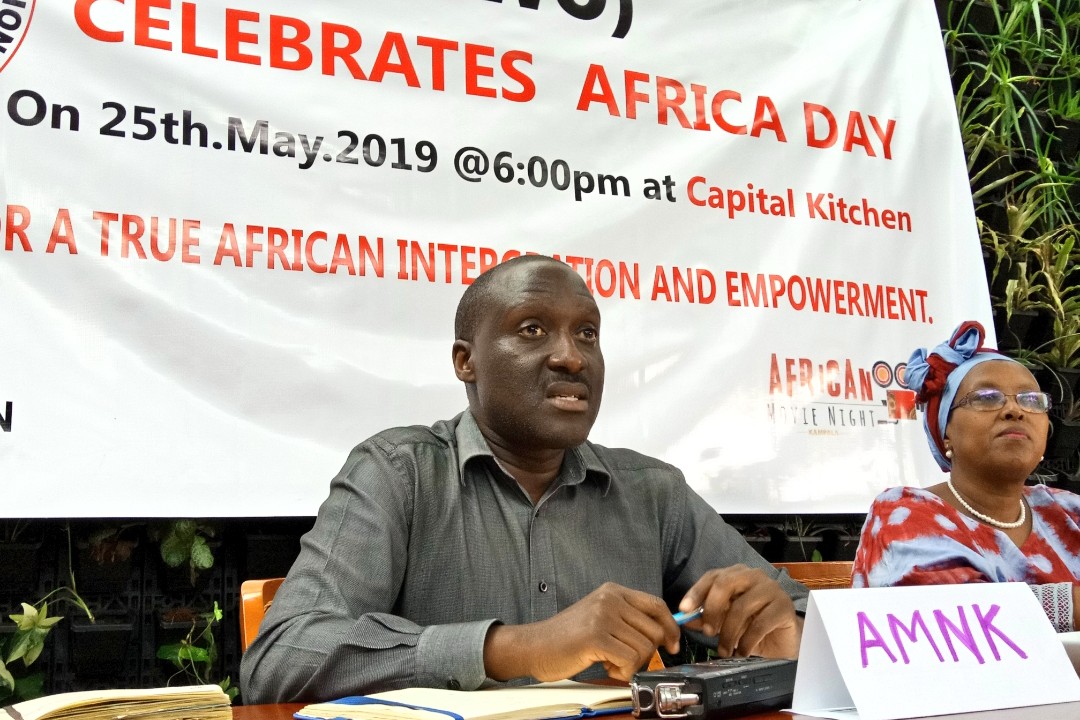 Kampalans who are drawn towards film, fashion, music and exploring with their taste buds have an exciting experience to look forward to as Uganda celebrates Africa Day on Saturday May 25.

African Movie Night Kampala together with Capital Kitchen and Pan African Women’s Organization (PAWO) are organizing an Africa-themed evening in Kampala, to mark the day.

To be hosted at Capital Kitchen situated at Thobani Plaza along Kampala Road, the Africa Day celebrations will be characterized entertainment by a musical band that will play sounds from different African countries. Dinner will feature a variety of cuisines from Africa, according to Ayesha, the proprietor of Capital Kitchen.

Moses Serugo, the curator and founder of African Movie Night Kampala said guests will walk along a 50 meter buffet and get a sample tastes of the continent without leaving Kampala.

“Dinner will be accompanied by a musical journey across African soil filled with sounds and voices of our popular musical artistes,” a statement issued Tuesday, on the event said.

“Having been wines and dined, our guests will be treated to a grand finale viewing of an award winning African movie”.

“We challenged the chef to at least try and get a dish from each of the 54 countries on the African continent. Or at least from each of the regions – North, South, East, West, Central,” Serugo told reporters at a media briefing on Tuesday.

He said Africans are known to celebrate around food and for that reason, music will be a prominent feature on Saturday’s event which begins at 6pm.

Serugo says a film (which remains a surprise to the guests) will highlight Africa’s togetherness, unity and diversity. The dress code will be formal but with a touch of Africa.

He says there is a lot to celebrate at a time when the African creative industry – film, music, fashion – is beginning to get appreciated globally.

“Our films are the things I feel are going to change the way our continent is represented in western media. Let’s use the films – positive attributes as the thing that will show that this is the continent of the sun, of community, happy people and Ubuntu”.

“We want to celebrate everything African that is positive – that is not disease and poverty, ” he said.

“Unfortunately, our stories have never been told by us. Those that have been told have been suppressed. When you tell your story, you won’t have someone narrate it their own way. Let’s tell our stories because we know them best,” Kabayo said.

The same day will feature a walk beginning at the Freedom Square at Entebbe road.

Africa Day is the annual commemoration of the day the Organization of African Union (OAU) which later came to be African Union (AU) was founded in 1963. On this day, leaders of the 30 of the 32 independent African states signed a founding charter in Addis Ababa, Ethiopia.