Kenyan comedian Eric Omondi in a countrywide drive to fundraise for his Shs3b wedding, says the wedding concerns all Kenyans because he’s marrying an Italian 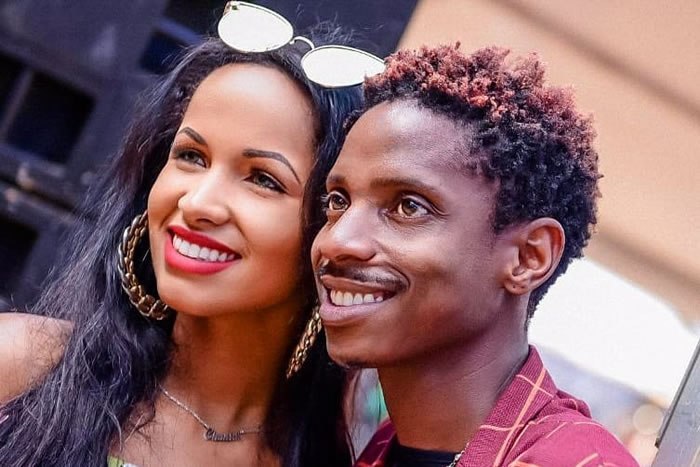 Kenyan comedian Eric Omondi has gone comic even in his wedding preparations. Omondi wants all Kenyans to take part in his wedding arrangements by specifically contributing shillings for his big-budget marriage ceremony to his Italian girlfriend Chantal Grazioli.

The self-proclaimed president of comedy says that Kenyans should consider his wedding as an international affair because he is bringing Italy to Kenya.

“My
wedding is not a personal affair, it’s an international affair. Kenya is
marrying Italy and it’s [Italy] coming to Kenya with all the benefits we
need,” Omondi said during a media interview.

Omondi’s wedding is estimated to cost Kenyan Sh80m (about Shs3billion). Which he says he cannot raise on his own.

“Our
wedding hasn’t happened yet because I’m waiting for you [Kenyans] to help me
fundraise. I need Sh80 million; for the dowry payment, pre-wedding and main
wedding. Soon, I will share M-Pesa number so people can contribute
something,” he said.

Despite launching the fundraising drive, Omondi says not all Kenyans will fly to Italy for the ruracio (dowry paying ceremony).

“I’ll go for the ceremony accompanied by
15 people, among them Hon Babu Owino, Governor Sonko, and Hon Jaguar. I will
have to hire a private jet,” he said.

Omondi and
Chantal Grazioli got engaged on
Valentine’s Day in 2016 and they are set to marry in September 2019.