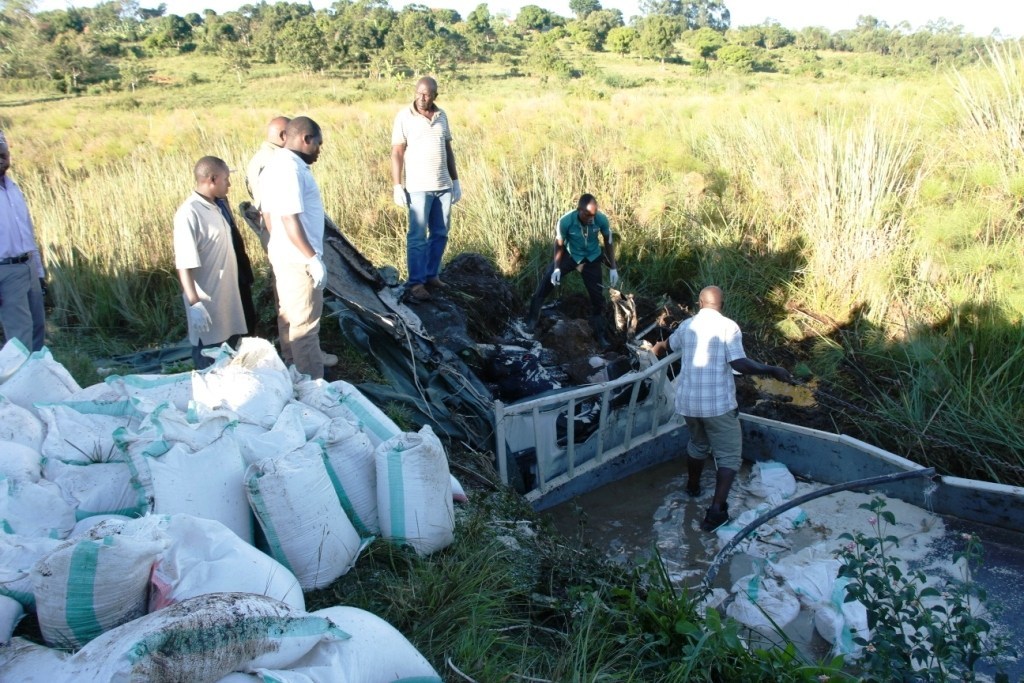 Police in Kyotera is investigating a road accident in which a canter truck carrying bags of rice overturned and killed all occupants.

According to police report, the accident happened at about 5pm on Tuesday at Jongoza  in kalisizo  Kyotera district.

Also reports from the scene indicate that this truck registration number UBD 074M was speeding before the driver lost control and veered off the road, diving into the swamp.

Police said that all the three bodies were recovered from the swamp where the Motor vehicle over turned and were taken to Kalisizo Hospital for postmortem analysis.

The deceased have been identified as Elias Kibule of Kakunyu Kalisizo aged 30 years, John Kasawuli of Buyanja Masaka and Katumba Muhammed the driver from Kinoni, Masaka.