Littering the road with plastic bottles, buveeras & muchomo sticks now attracts a prison sentence of 5 years or a fine of Shs200m 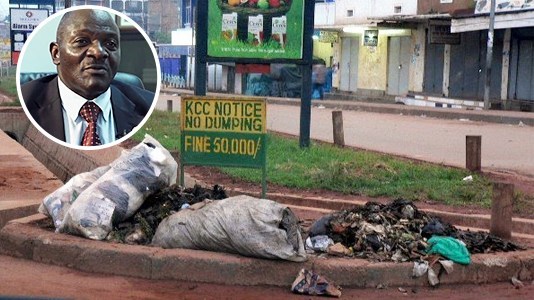 The State
Minister for works and transport General Edward Katumba Wamala has made an
announcement on what is contained in the newly passed road bill.

Speaking to
Journalists, the minister said the bill is meant to curb what he referred to as
road nuisance while the road trolls will help raise revenue to help in
construction and maintenance of other roads.

According to
Katumba, the common practice of the public littering the roads with all sorts
of items like plastic bottles, buveeras and muchomo sticks will now attract a
five year prison sentence or pay a fine of Shs200m.  And this will not require the guilty person to
be taken to the courts of law rather it will be an instant penalty.

The other
case that attracts a similar sentence and fine is when one is  found guilty of causing damage to road infrastructure
like those that burn tyres during riots and driving trucks on the road that
exceed the recommended load among others.

The law also
increased the road reserves from 15 metres to 40 metres to allow enough space
for future construction works and also avoid encroachments.

President
Yoweri Museveni’s signature is the only thing pending for the law to be put
into practice.

Last year,
the Cabinet approved the Roads Amendment Bill, 2017 to be reviewed with an objective
of reforming the law relating to the development, management and maintenance of
public roads.