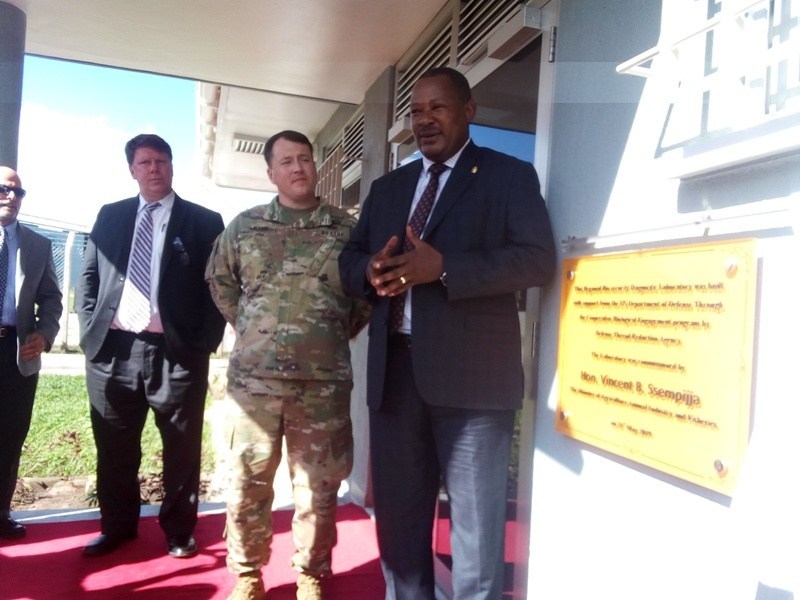 The regional facility, located at the institute in Nakyesasa in Wakiso District, was financed by the United States’ Department of Defense under the Defense Threat Reducing Agency (DTRA) through the Cooperative Biological engagement program.

The facility will facilitate enhancement of biological security and safety of livestock but also help in controlling emerging and reemerging livestock disease outbreaks like Ebola, Anthrax, Brucellosis, foot and mouth disease among others

According to Swidig Mugerwa, Director of Research NaLIRRI, the biggest problem the livestock sector has been disease outbreak

“Uganda has been lacking a facility to detect and control diseases early. With this facility there will be rapid and accurate diagnosis of diseases so that we are able to handle disease before they break into an outbreak and cause farmers losses” he said

Ambrose Agona, the Director General NARO Uganda who represented the Minister for Agriculture asked researchers and scientists to use the facility in a productive way so that it can be beneficial to the farmers

“Produce real time data and solutions that will solve the problems facing farmers. That way, the US citizens will be getting a real return on their taxes that were donated to us to put up this facility” he said