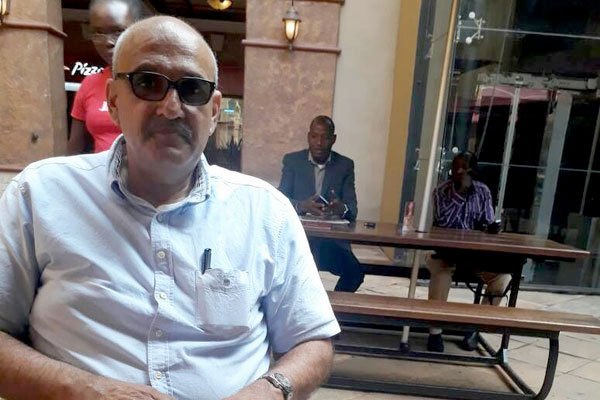 Businessman Abid Alam has been accused of fueling land conflicts in Mubende district for personal ends.

Hon. Simeo Nsubuga the Kasanda South MP told parliament yesterday that stretching from 2006 to date over 17 homesteads in Bukoba village, Nyalutuntu sub-county in Mubende district have been illegally razed and scores displaced by the businessman.

The MP says efforts to restrain the tycoon including a commission of inquiry and a November 2015 directive by President Yoweri Museveni have all been futile.

“When Mr. Abid Alam obtained possession of the said land, he embarked on expansion of this land using fraudulent, brutal and violent means. This has led to massive evictions of six villages outside the said land without adequate compensation and in some cases no compensation at all,” Nsubuga said.

According to the MP, the land in question was handed to world war veterans by Captain Churchill as compensation for their services to the British crown. However, in 1996, occupants were displaced after a legal suit challenging their ownership was filed by the late Hajji Abbas Kajoba Mawanda.

One year after losing this suit, Mawanda sold and transferred his interests to Abid Alam’s Lake Wamala farm and later Mityana farm enterprises limited. Following this transaction, in 2006 veterans were evicted on the orders of the tycoon.

According to media reports, Abid Alam intends to put a sugar plantation in place.

This mayhem the MP says has been ongoing for the last 20 years and that so far homes, churches and mosques lie in ruins.

As such, he wants parliament to enact a select committee to look into this matter.

In reaction however, Hon. Kassiano Wadri Ezati the Arua Municipality legislator deferred on the institution of a select committee. Deducting from experience, Wadri says parliament’s resolutions are not usually taken serious by the executive.

He suggested that a stringent mechanism needs to be put up to deal once and for all with perpetrators of these crimes.

Wadri says it appears; those behind these acts are well connected and might not feel shaken by a select committee.

To speed up investigations, Amongi said judicial officers are in need of vehicles to enable them visit the affected areas. However, she said they are in the last stages of compiling eviction guidelines.