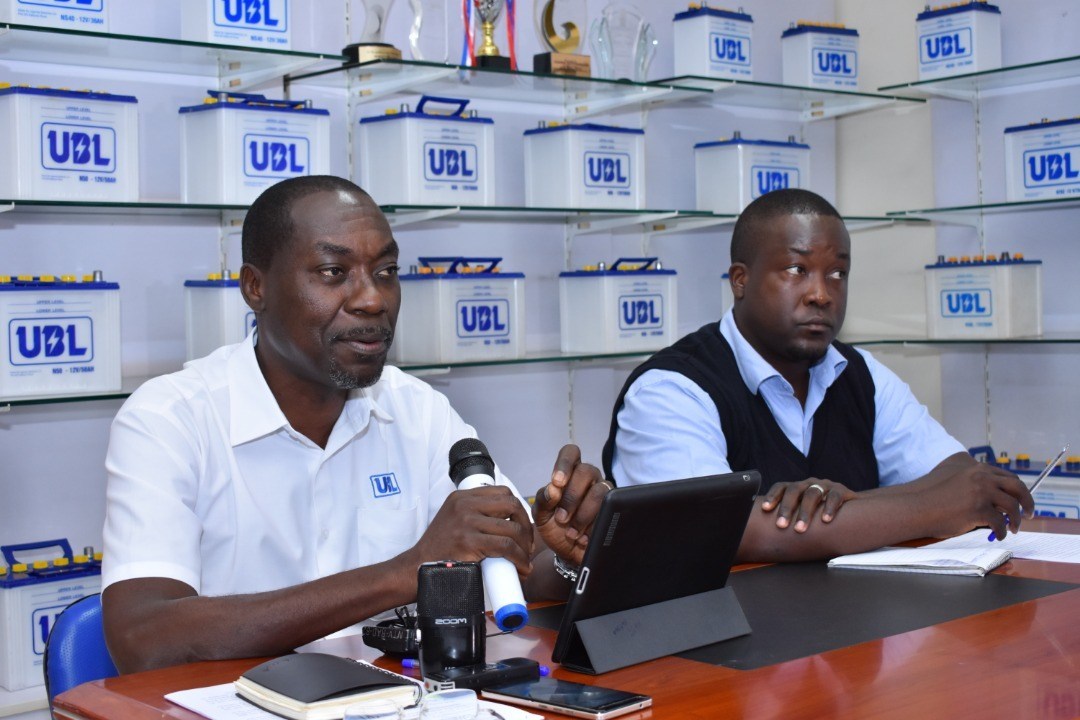 UBL officials say they have had NBL batteries returned to them by customers who believed that it’s their product hence the need for clarity.

Moses Zizinga, the Marketing Director UBL while speaking at a press conference held Wednesday morning at the UBL head offices in Industrial Area, Kampala said the company has already received a temporary court injunction restraining NBL from continuing to manufacture, produce sell and distribute the said batteries until the court case is disposed.

“Since last year, we have noticed that a new product, NBL on the market that has the same branding that is almost like ours and riding on our brand to sell their product. We noticed that most of our customers and distributors are mistaking the NBL product as a UBL product which is affecting our sales” he said

Mr. Zizinga further noted that UBL is not against introduction of new products or in fear of competition but are against a product that has imitated an old well known product on the market and is riding on the already established brand to sell their old product

“We believe in competition and know it’s good for the growth of the sector. However, when you look at the NBL batteries, their branding is almost the same as UBL. We have owned the UBL brand since 1994 and we reserve use of this brand and its elements to only UBL” he said

He further cautioned the consumers, dealers and distributors of the UBL to be vigilant and watch out the two products and ensure they do not mistake one for the other

Martin Mulinde, the Head of Legal at UBL said that the UBL product enjoys a 38% market share of the batteries on the market and hence would have no worries about any competition from local or imported products

NBL was one of the many factories that were launched by President Museveni early this year. The factory, located in Masese Walukuba Masese Division in jinja municipality started production in 2018.