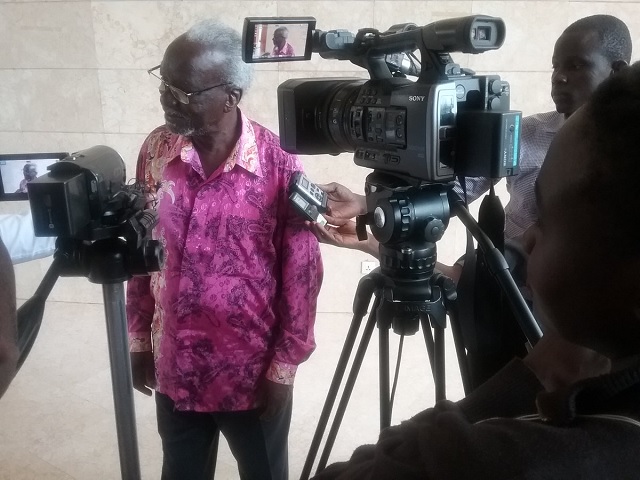 Kampala, Uganda | THE INDEPENDENT | The Minister for East African Affairs and First Deputy Prime Minister Kirunda Kivejinja has lashed out at those who want to take up leadership in this country, saying it won’t come on a silver platter.

In what appeared like a dig at the musician and Kyadondo East MP Robert Kyagulanyi, Kivejinja told reporters in Kampala “you can’t just come from the ghetto to be the President”.

Kivejinja was addressing the media at the President’s Office in Nakasero where he was talking about the achievements of his ministry in delivering NRM 2016-2021 manifesto.

He said that when they came from Bush, they had a formula of how they would rule Uganda but a quarrel developed in 2001 which forced them to go for multi-party system.

He took the journalists through the history of the country from the colonial time to date to highlight the fact that their coming to power was not a one-off raise.

On his ministry’s achievements, Kivejinja said government has managed to make some border crossings one-stop points where traders clear their goods and don’t have to be stopped again until they reach their destinations, which has saved time for the traders.

Most of these projects were constructed with World Bank and Trade Mark East Africa support.

Other things like the monetary union and the political federation, Kivejinja said partner governments were working on their actualization.

He also said the Uganda quarrel with Rwanda was insignificant and cannot derail the community’s progress.