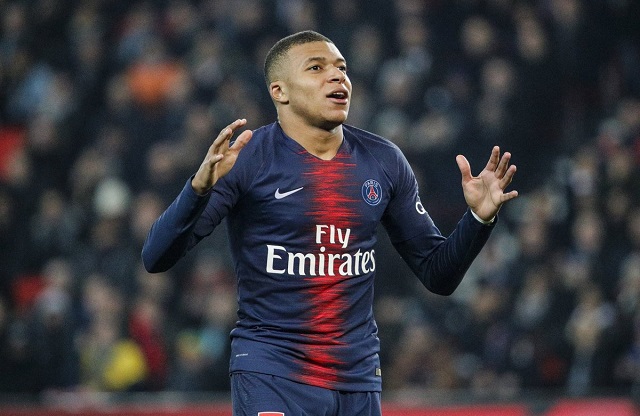 Paris, France | AFP | Could Kylian Mbappe really be about to play his final game for Paris Saint-Germain? And how are the French champions’ main domestic rivals shaping up for what looks set to be a summer of transition?

AFP Sport looks at the main talking points in France ahead of the final night of the Ligue 1 season on Friday:

Kylian Mbappe has dominated the headlines and the discussions on television and radio in France this week following his shock remarks at an awards ceremony in Paris on Sunday.

The 20-year-old World Cup winner used his victory speech after being named as France’s player and young player of the year to drop a bombshell and suggest he could be ready to leave PSG after just two seasons.

“I have discovered so many things here, and I feel that maybe it is the time to take on more responsibility. Maybe at Paris Saint-Germain — with pleasure — or in a new project elsewhere,” Mbappe said.

PSG responded by insisting their star man would be going nowhere this summer, but his remarks have increased speculation that Real Madrid could come back in for a player they tried to sign from Monaco in 2017.

So it still seems far fetched that PSG’s match at Reims on Friday could be Mbappe’s last for the club, as he looks to add to his 32 league goals for the season without the support of Neymar. The Brazilian is again suspended.

Lille will join PSG in the Champions League group stage after a superb run to second place in Ligue 1. Their game at Rennes on Friday will be the last for the club for Nicolas Pepe, the Ivorian who has scored 22 goals in a brilliant campaign. He will be sold for big money in the summer.

Lyon have third place wrapped up and are now crossing their fingers in the hope that Chelsea win the Europa League final against Arsenal. Only if that happens will OL be guaranteed a place in the group stage of next season’s Champions League.

That would be a huge boost for the club just as they prepare to usher in a new management team. Bruno Genesio will depart after three and a half years as coach, with club legend Juninho Pernambucano set to come in as sporting director and his fellow Brazilian Sylvinho as head coach.

“Sylvinho does not have great experience as a coach in his own right but, without wishing to compare him to (Zinedine) Zidane, we have seen that great players can come on board with ambitious projects and do well,” said Lyon president Jean-Michel Aulas.

– All change at Marseille –

Saint-Etienne celebrated qualifying for Europe last weekend but were immediately hit by the news that veteran coach Jean-Louis Gasset would be standing down after Friday’s match at Angers.

Meanwhile, the announcement that Rudi Garcia would be leaving his job as coach of Marseille came as no surprise at all. The former Champions League winners can no longer finish higher than fifth and will not qualify for Europe.

Garcia called it “the worst season of my career”, and the names being linked with the job at the Velodrome include former player Gabriel Heinze, Claude Puel, Rafael Benitez and Porto coach Sergio Conceicao. Whoever comes in faces a huge rebuilding job.

It has been a turbulent season too for Monaco, but the principality club will not go down on the final day barring a dramatic set of results.

Dijon have to win against Toulouse to stand any chance of avoiding going down automatically along with Guingamp. Caen currently occupy the relegation play-off place but are just two points behind Amiens and are hoping to stay up on the final day for the third season running.

The post All eyes on Mbappe as PSG’s rivals prepare for summer of change appeared first on The Independent Uganda:.