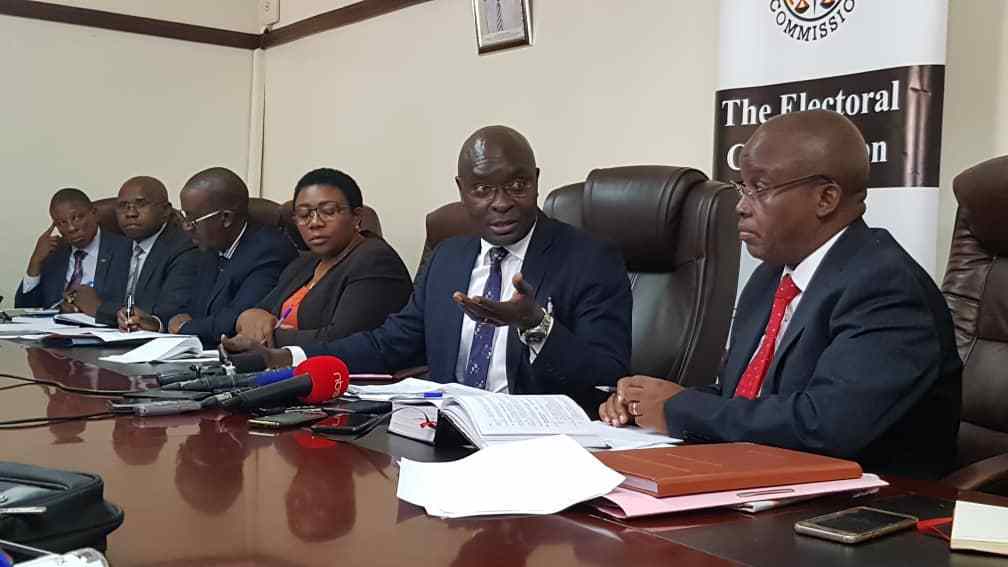 The Electoral Commission has Thursday released an approved program for the by-election of District chairperson and filling of vacancies in other lower local government councils in Nebbi District.

According to Justice Simon Byabakama the Chairman of the Commission, the elections are slated to take place on 11th July 2019.

Justice Byabakama while releasing the programme at the commission headquarters in Kampala cautioned candidates to guard against some activities which may lead them to be disqualified.

He banned candidates from conducting fundraising activities in the district.

“The purpose of this is to allow a levelled ground for candidates in the race,” he said.

For avoidance of doubt, this ban takes effect from 31st of this month which is also the cutoff date for registration of voters and transfer of voting location in Nebbi District.

The commission shall also hold stakeholders meetings in the district later this month to discuss issues concerning a free and fair by election.

Justice Byabakama also said that an update of voter’s register shall begin on 27th to 31st May within each parish/ward in the district.

He encouraged voters to cross check the registers when they’re finally displayed from 12th to 21st June.

To aspirants, the electoral commission boss said that nomination shall be conducted for two days that’s 12th and 13th June which will be followed by 26 days of campaigns.

“All candidates are urged to observe law and order during this exercise and to conduct their campaign meetings in accordance with the harmonized programme. Hate language will not be tolerated at all,” justice Byabakama said.

On the budget, the commission revealed that the exercise shall cost up to Shs 757 million to fill up 32 positions from 239 polling stations.