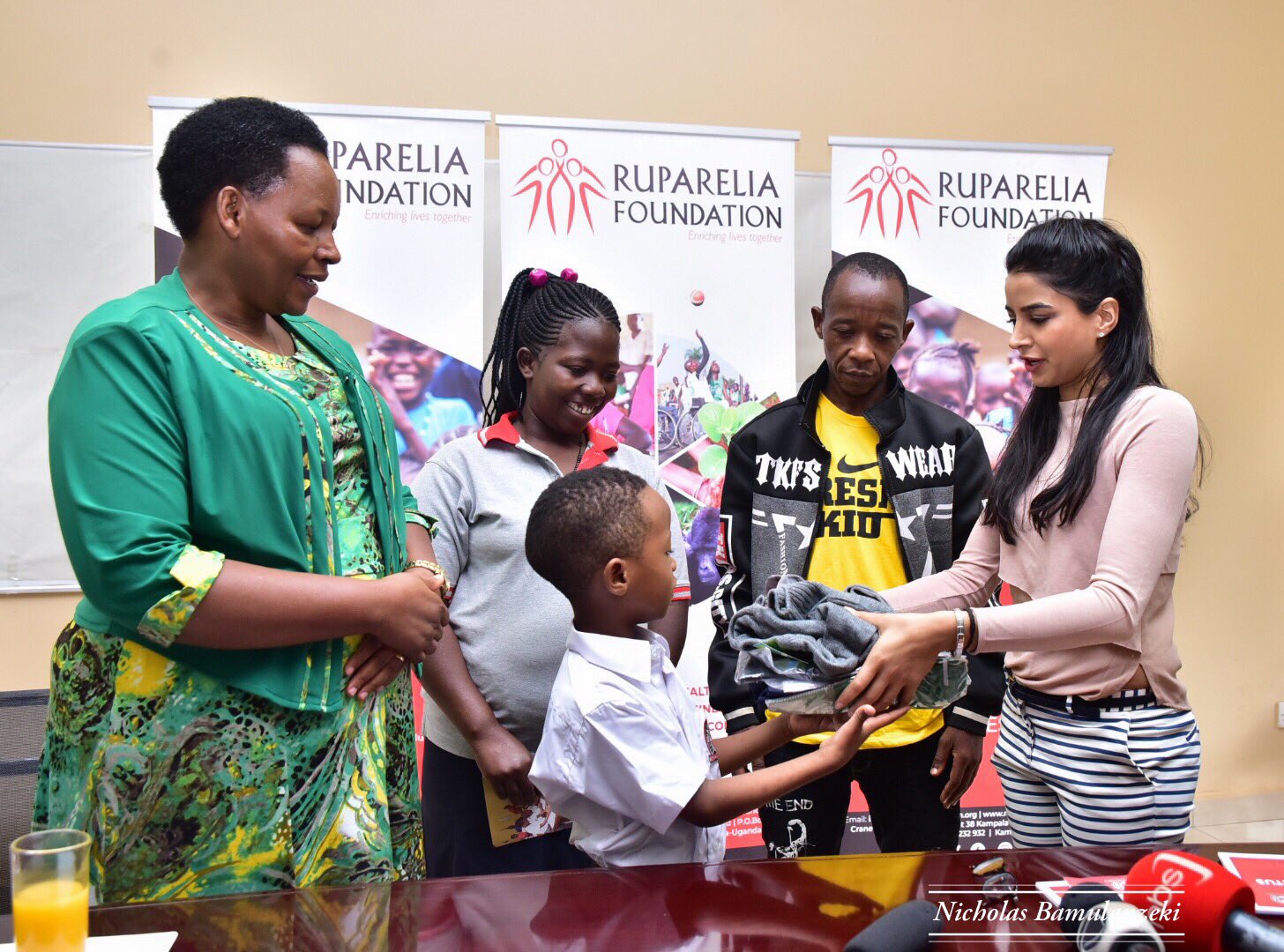 His parents and Manager signed a Memorandum of Understanding (MOU) with Ruparelia Foundation that will fund for his education for seven years. The young celebrity recently got a scholarship from the Ruparelia Group to pursue his studies at Kampala Parents.

Ruparelia Foundation was represented by Naiya Ruparelia and Mary Kobusingye who promised to ensure that they fulfill all the terms as agreed upon in the signed agreement.

Naiya promised that the school will make sure that Fresh Kid is comfortable at school with all that he needs to attain the best education.

Kobusingye asked the singer’s parents to offer all the relevant support to make sure that he attends school on a daily basis.

Madrine Namata, Fresh Kid’s mother appreciated Ruparelia Foundation for their generosity and pledged that as parents, they will ensure they offer Patrick the support needed for him to excel in his academic career.

According to the MOU, the scholarship will go for seven years and Fresh Kid will be starting school on Wednesday next week in primary two.

Recently, government has recommended that an MoU be entered between seven-year-old singer, Fresh Kid and his Manager, to spell out the responsibilities of each of the parties.

The Permanent Secretary Ministry of Gender, Labour and Social Development, Pius Bigirimana, met Patrick Ssenyonjo (Fresh Kid) and his Manager known as Francis Kamoga to discuss modalities of engagement to ensure that the young talent’s interests are safe guarded.

A statement by the Ministry started that among the many aspects to be itemized are the percentage of sharing proceeds from performances, the commitment to continue with school, hours for performances and hours reserved for resting to avoid exploitation.

Bigirimana was categorical on the need to ensure that the 7-year-old sees through the scholarship offer he got to study at Kampala Parents School.

The debate regarding Fresh Kid’s education has become prominent ever since the singer emerged earlier this year.

Some fans have been expressing fears over the likelihood that the young singer could be exploited (including financially) since he is not mature enough to make his own decisions.

Fresh Kid took over the Ugandan musical scene at the start of the year after releasing his popular song ‘Banteeka’. His latest single ‘Bambi’ has since become a favorite for many.

His latest stride has been a nomination for an International Award in the Carolina Music Video Awards 2019. The awards are scheduled for July 20 2019 at the NASCAR Hall of Fame High Octane Theater in Charlotte, North Carolina.