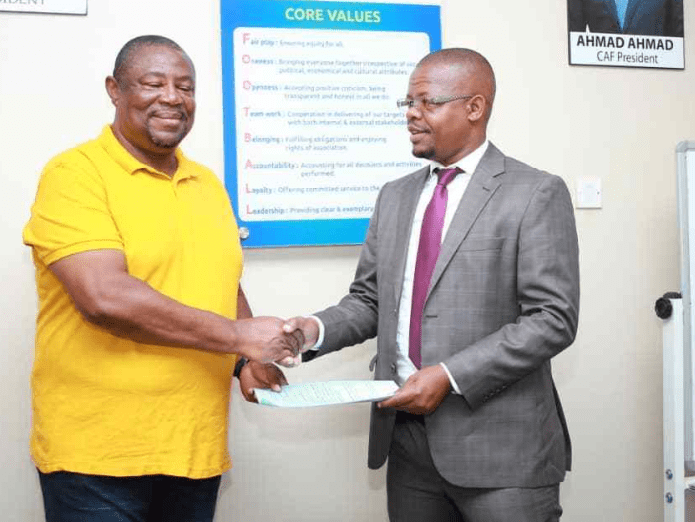 Fufa has parted ways with Paa Kwasi Fabin, the national under-17 and under-20 coach just after two months in charge. Kwasi appointment two on March 20th raised eyebrows as he was tasked to guide the Cubs to the world cup.

That means that the Ghanaian was supposed to guide the Cubs to the knockout stages of the AFCON under-17 that was played in Tanzania last month. Instead the team finished third behind Angola and Nigeria therefore losing out. The federation has confirmed that the coach’s contract has been terminated on mutual consent.

“FUFA and National Junior Teams’ (U17 and U20) head coach Mr. Kwasi Fabin Samuel have agreed to end the contract between the two parties by mutual consent,” an official statement reads in part.

“FUFA is happy with the work done by Mr. Kwasi in the period he has been in Uganda. However, a request by the coach to go and handle family matters back home thus not able to continue with the job, saw the Executive consent to his request,” the statement further defended.

The Ghanaian previously handled the Ghana Under-17 national team to the world cup. He took over from Peter Onen who was offloaded after guiding the team to their maiden AFCON.