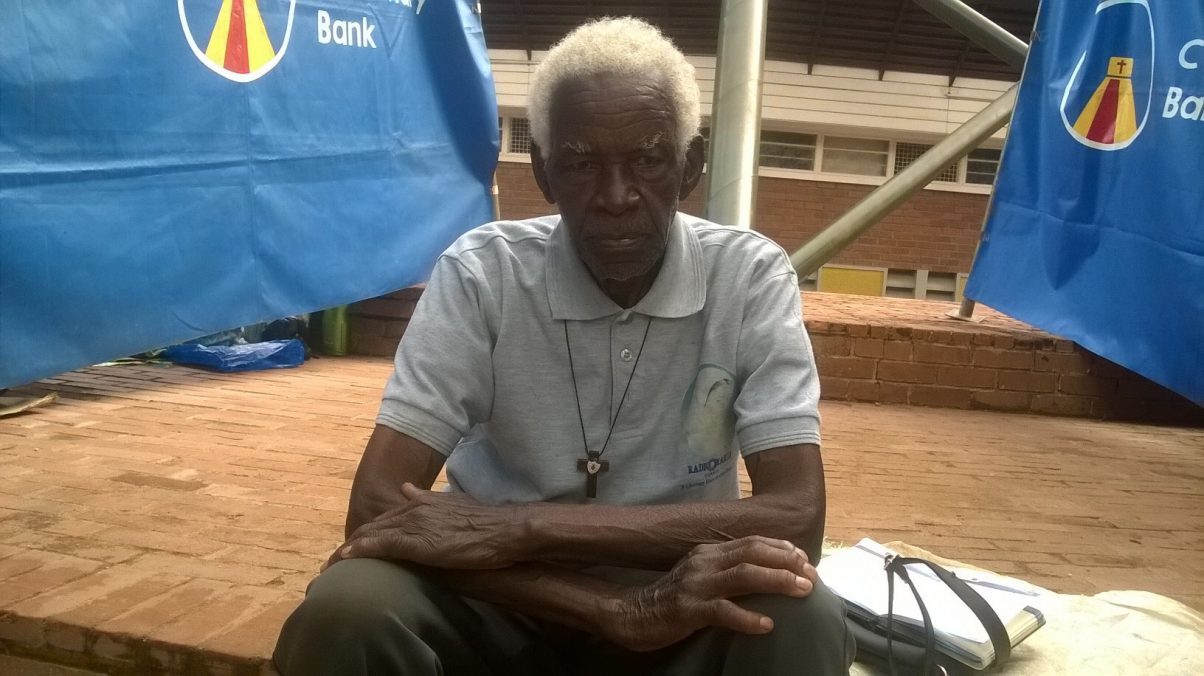 We are created to be submissive and to worship God at all times.

Making religious pilgrims is one of the ways to tell a devoted Christian.

Bernardo, Tibwangye, 97, is one of a kind, he has been making trips to Namugongo each year for 50 years which makes his story unique and worth sharing.

At 97, Tibwangye, a resident of Bushenyi district can see, read, walk with ease and above all, has a fresh memory.

He is a father of 13 children and a grandfather of great grandchildren whose number he can’t tell as they are so many.

He married at the age of 19 and has been involved in church since he was a little boy.

Tibwangye has never been involved in dubious acts like drinking or taking any drug as he has been a devoted church leader from the age of 19 to-date.

He started making pilgrimages to Namugongo in 1969 when he was 47 years old and has never missed any Martyrs day since then.

Initially, he used taxis but this changed in 2011 when he realized that there are more blessings in walking to Namugongo than using transport means.

For the past nine years, he has been walking all the way.

This year, Tibwanje is part of a group from Bushenyi and they have walked for 12 days.

Tibwangye has effectively walked with energetic and fast pilgrims and kept up with their speed.

“We have been sleeping at every parish and resuming the journey every morning. People were good to us, they gave us what to eat and drink on our way,” he notes.

He says his greatest challenge has been too much sun and rain. When the sun is high, they walk less causing delays and when it rains, they have to make stopovers to wait for it to stop.

Too much dust on the way has also been a hindrance as it causes illnesses like cough to some pilgrims.

How Namugongo has evolved

“The first time I came to Namugongo in 1969, this whole place was a bush. All the trees and a great scenery you see today were not there,” he recalls.

He says the only building there was the main chapel which was also half done.

They would sleep in the grass around and not so many people made it there as compared to today.

“Now it’s like a party, people have learnt the importance of religion and are willing to make sacrifices for the sake of worshiping God,” he notes.

Tibwangye’s life has never been the same since he started going to Namugongo. He has got everything he has asked from God.

All his 13 children are legally married in church which he says is every parent’s pride.

He has been able to educate his children as well as grandchildren.

God has given him a good health and kept him strong together with his wife.

“One of my granddaughters has become a nun which is a great blessing to my family. I educated her and gave her religious traits. I am grateful that she chose to serve God,” he adds.

The memory of the Pope Paul VI’s visit in 1969 is still fresh in his mind.

So many Christians were excited to meet the Pope as it was his first time in Africa and most of them including him made their first visits that year.

So many people flocked Namugongo that it was hard to even have a glance at the Pope.

He says he is grateful for that day as he received so many blessings in his life and family.

He advises young people to take religion seriously as it will shield them from the evils of the world such as smoking, drinking alcohol, prostitution among other mischiefs.

“God will give you everything that you ask for while in Namugongo and I can testify to this,” Tibwangye tells ChimpReports at Namugongo on Friday evening.

”You should learn to sacrifice and to be submissive to your religion. You will be able to get good spouses that will respect you as well as have a good relationship with Good,” he says.

He also urges those who make it to the church to be serious with prayer and avoid other sinful acts.