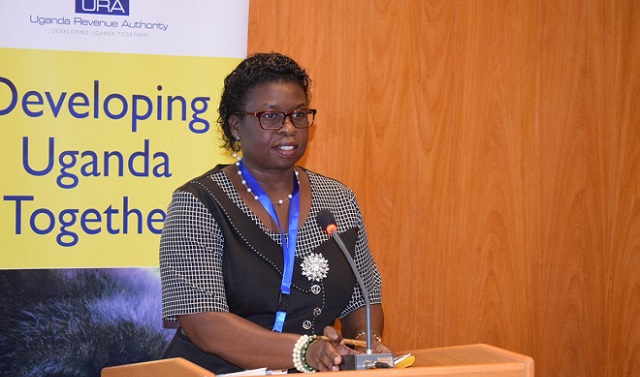 Members of Parliament sitting on parliament’s budget committee described the request as fraud.

Akol appeared before the committee chaired by Ntenjeru North MP Amos Lugoloobi to justify a requirement for additional funding of Shillings 103 billion to implement digital stamps and e-tax system.

The Finance Ministry had earlier indicated that whereas it was initially envisaged that the stamps be paid for by the producers, it would later be decided that government in the first year of implementation meet the cost of stamps for locally produced goods and the cost of stamps on imports of similar goods be borne by the importer.

Akol explained that the Digital Tracking Solution (DTS) is to apply to local manufacturers and importers of excisable goods including Cigarettes, Beers, Spirits, Wines, Soda and Water.

She noted that the project objective is to help boost revenue collection, combat trade in illicit products, enhance fair competition in the market, and provide real-time statistical data for tax policy and administration and others.

Akol said that government projects to raise 47.7 billion shillings in revenue through the Digital Tracking System in the coming financial year 2019/2020 and 111.4 billion in 2020/2021.

Akol said that URA had already procured the services of SICPA SA and that the contract was awarded on 4th October 2018 and the design and configuration of stamp already approved by URA and Uganda National Bureau of Standards (UNBS).

On the cost of stamps, Akol told the committee that government was to spend 126.3 billion with unit price of stamps from different products differing. According to her document, the unit price for a beer stamp is Shillings 55 with the projected quantity of stamps being 689,257, 947 hence costing 37.9 billion.

Akol’s presentation attracted series of questions from MPs with the Budget Committee Vice Chairman Patrick Isiagi questioning the high costs involved alleging the same project had been implemented in neighbouring Kenya at a lower cost.

But Akol explained that the stamp cost variance depends on the product being stamped.

Not convinced, Usuk County MP Peter Ogwang weighed in saying that the project contract needs to be investigated first before any other discussion is handled.

Budget Committee Chairperson Amos Lugoloobi questioned Akol on what informed the signing of the contract with SICPA SA without the required funds for the project.

Akol defended the contract saying that it was a decision of Government to introduce the solution for digital tax stamps.

Isiagi later moved a motion that Akol is dismissed since no answers were being given to convince them.

Lugoloobi agreed with Isiagi dismissing Akol who in return said that she had appeared to answer a history exam but was asked physics questions. She promised to prepare more answers to questions raised by MPs before a report is compiled.