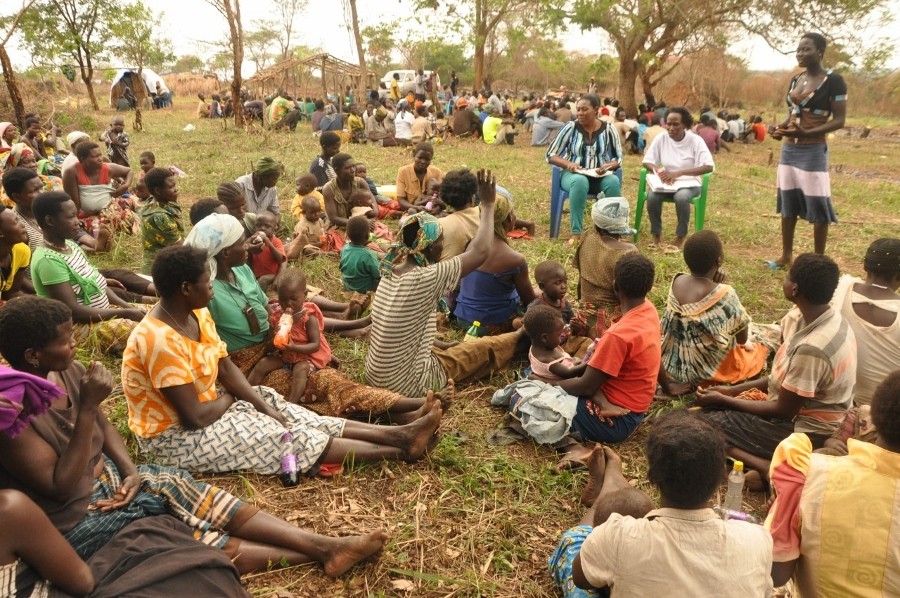 Tragedy befell Uganda in the year of our Lord 1900 when huge parcels of land reckoned in terms of square miles, were compulsory acquired without compensation to occupants commonly referred at the time as bibanja holders.

The parcelled square miles, were allotted to entire hierarchy of the local colonial collaborators of the day from the Kabaka at the top to the lowest parish chiefs.

The missionaries, who were the advisors to the ruling clique, were allotted the choicest hills scattered around the country.

The allocation to the Mohammedan chief was “for himself and his adherents”.

The Uganda (Buganda) 1900 Agreement which could be referred to as the Constitution of the day, was the law under which this land acquisition was done.

The action triggered the first historically recorded internal displacements of a whole people with the attendant untold misery. In the words of the late Bishop Alfred Tucker, “the man in occupation had to be turned out and he in his turn sought to turn out another where the occupants of those other lands had to be turned out and so on until the whole population was in movement.

The public revulsion to this colonial recklessness resulted in a political movement leading to a situation which was making the colonial protectorate ungovernable and had the potential to escalate into open violence. The situation was eventually calmed when in 1928 a Busuulu and Nvujo law was put in place.

This law provided, among other things, that no kibanja holder would be evicted by a mailo owner unless the kibanja was required for a public purpose and was preceded by a court order specifying the amount of compensation to be paid.

In case of public mailo, the protectorate government and the native government of Buganda were to pay “such compensation as may appear just to the Lukiiko”.

It had taken twenty eight years of political agitation to win the right to compensation.

The right to compensation however, was not retrospective; therefore a huge historical injustice remained yearning.

However, as the Uganda Protectorate moved towards Independence, it was hoped that part of the Independence package was the correction of the historical injustice to the people whose land was compulsory acquired without compensation.

The 1962 Constitution as promulgated, did not tackle that fundamental injustice on land. Nevertheless, it built on the gains of the 1928 Act by including article 22 especially under the enabling Land Acquisition Act of 1965.

There were five advances gained, firstly the property to be compulsory acquired had to be for a public good/purpose, secondly, there had to be compensation, thirdly, the compensation had to be adequate and paid promptly, fourthly it had a provision for access to the High Court in case of disagreement as to quantum and fifthly it provided for the Attorney General to apply to the High court for an order enabling payment of the disputed compensation amount in court on such conditions as the court may think appropriate.

These gains far reaching as they were, fell short of tackling the fundamental issue of the injustice suffered by those expelled from their land without compensation by virtue of the 1900 Agreement.

It was the 1967 Constitution which in article 108 made a bold step and tackled part of the injustice of 1900 by returning the public mailo back to the people and putting it under the administration of a public statutory body, namely the Uganda Land Commission.

The Commission was constitutionally subject to public accountability through an Act of Parliament and Auditor General.

The historical injustice was satisfied and the descendants of those who lost their bibanja without compensation gained the right to obtain lease titles for the land they occupied.

However, the relief of the historical injustice was partial for under article 126 of the 1967 Constitution, the private mailo was retained.

Thus the Bibanja/Occupants who found themselves on the private mailo continued to suffer the historical injustice of a kibanja holder.

This injustice which had been left unsatisfied under the 1967 Constitution was corrected under the 1975 Land Reform Decree, by which all land in Uganda became public land administered by the Uganda Land Commission.

The journey from compulsory acquisition of land without compensation to land ownership guaranteed by the State with unfettered right to apply and obtain lease titles by former bibanja owners from the Uganda Land Commission was now complete. Bibanja and mailo tenure system ceased to exist.

The 1995 Constitution added further gains by making provision for the leaseholders to transform their holding into Freeholds under article 237(5).

However, this progress was marred by a provision in article 237(3)(c) which re-introduced private mailo and therefore bibanja holding.

To make it worse, the Busuulu and Nvujjo law which protected bibanja holders was not re-enacted.

The situation was compounded by article 26(2)(b) which introduced a prohibition to government from taking possession of the compulsorily acquired land without prior up-front compensation.

These two constitutional lapses have led to abuses which compelled the introduction of The Constitutional Amendment Bill, 2017.

The amendment bill itself, was a plausible bold step in the advancement of the constitutional evolution of law on compulsory land acquisition in Uganda. It provided for three additional advances on the existing law.

The first one was giving the government a right to deposit the disputed compensation amount in court without the necessity of the Attorney General applying to court and this eliminated a big bottleneck in the compensation process.

The second was to give the land owner a right to access compensation amount deposited in court at any time during the dispute resolution process.

The third was a provision for Parliament to pass legislation putting in place a time frame within which the dispute must be resolved.

Thus the amendment bill satisfied all the elements of an internationally accepted law of compulsory acquisition of land namely; public purpose, adequate and prompt compensation, appellate access by way of dispute resolution and time frame for the dispute resolution.

It was also in keeping with the constitutional progression since the 1928 Act.

However, the amendment left out one important aspect and that is an amendment to article 237 dropping mailo as a tenure in article 237(3)(c).

The amendment would restore the gains made under the 1975 Land Reform Decree.

The constitutional amendment bill therefore, must combine amendments in article 26 already in the bill and article 237(3)(c) currently left out.

The amendment bill will accordingly be fitting within the constitutional land evolution which has been steadily answering the call for the removal of the injustices of the 1900 Agreement.

This way Abel’s Spirit crying out from the ground for justice, will be satisfied. As the old adage goes, “Truth Trodden to the grand shall rise again.”

Sam Mayanja is a Senior Partner AT Kampala Associated Advocates.