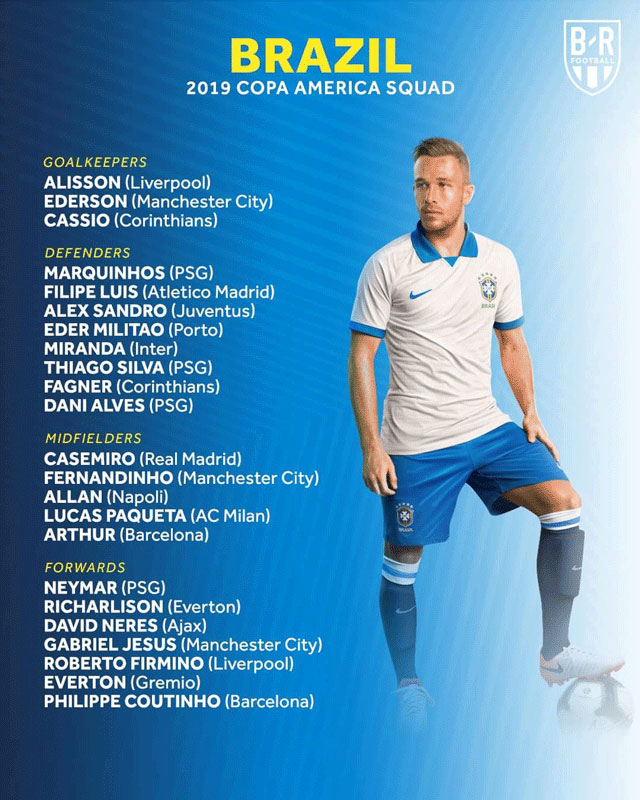 Teresópolis, Brazil | AFP | Copa America hosts Brazil began preparations for the tournament at their training centre in Teresopolis on Wednesday, despite missing most of their team.

Only seven players are expected at the Granja Comary football complex near Rio de Janeiro for the first week of training.

Neymar, the world’s most expensive player, is due to appear on May 28 along with PSG team-mates Daniel Alves, Thiago Silva and Marquinhos.

Everton winger Richarlison was the first to arrive Wednesday.

“I want to get on the field very quickly to train, I’m very happy to be here with the squad, it’s a unique moment,” said Richarlison in a statement issued by the Brazilian football federation.

Fernandinho, Gabriel Jesus and Casemiro were expected to arrive later Wednesday, while Ederson and Filipe Luis were due Thursday.

Alisson and Roberto Firmino, who will play the Champions League final on June 1 with Liverpool, will be the last to arrive.

Coach Tite made a brief appearance near the field where workers were still painting the lines.

Eight-time winners Brazil face Bolivia, Venezuela and Peru in the group stage, which start on June 14, after two friendlies against Qatar and Honduras.