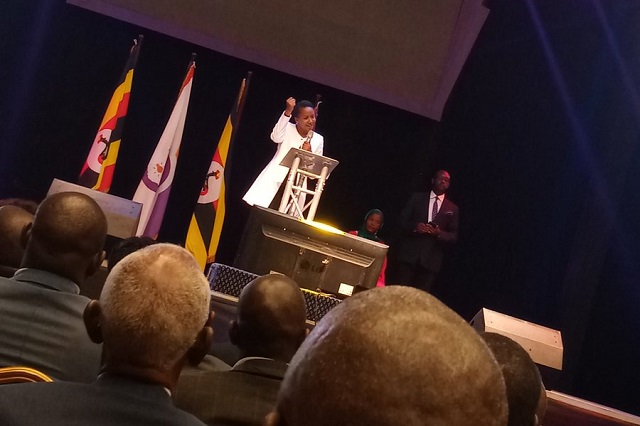 Kampala, Uganda | THE INDEPENDENT | Ugandan political parties have been advised to build stronger party structures nationwide if they are to attain political victory.

The advice was given by Upendo Furaha Peneza, the chairperson of the Tanzania Youth Parliamentary Forum at the official launch of the Alliance for National Transformation, an opposition political party fronted by Maj Gen Gregory Mugisha Muntu. Furaha, 30, is a member of Chadema, the Party for Democracy and Progress in Tanzania.

Furaha who became a Member of Parliament in 2015 during her secondary school vacation, said that when her Political party was starting, they focused more on publicity, than building structures. However, she says, they learnt a lesson and refocused on building structures. She argues that without structures, the party cannot mobilise, influence or make headway.

According to Upendo, it will be unfortunate if the public loses due to lack of a proper formation adding that the omission will trigger loss of trust in political parties.

Muntu says his party represents the hope that with Unity, a new beginning is possible after close to 60 years of broken promises, internal conflicts and bloodshed.