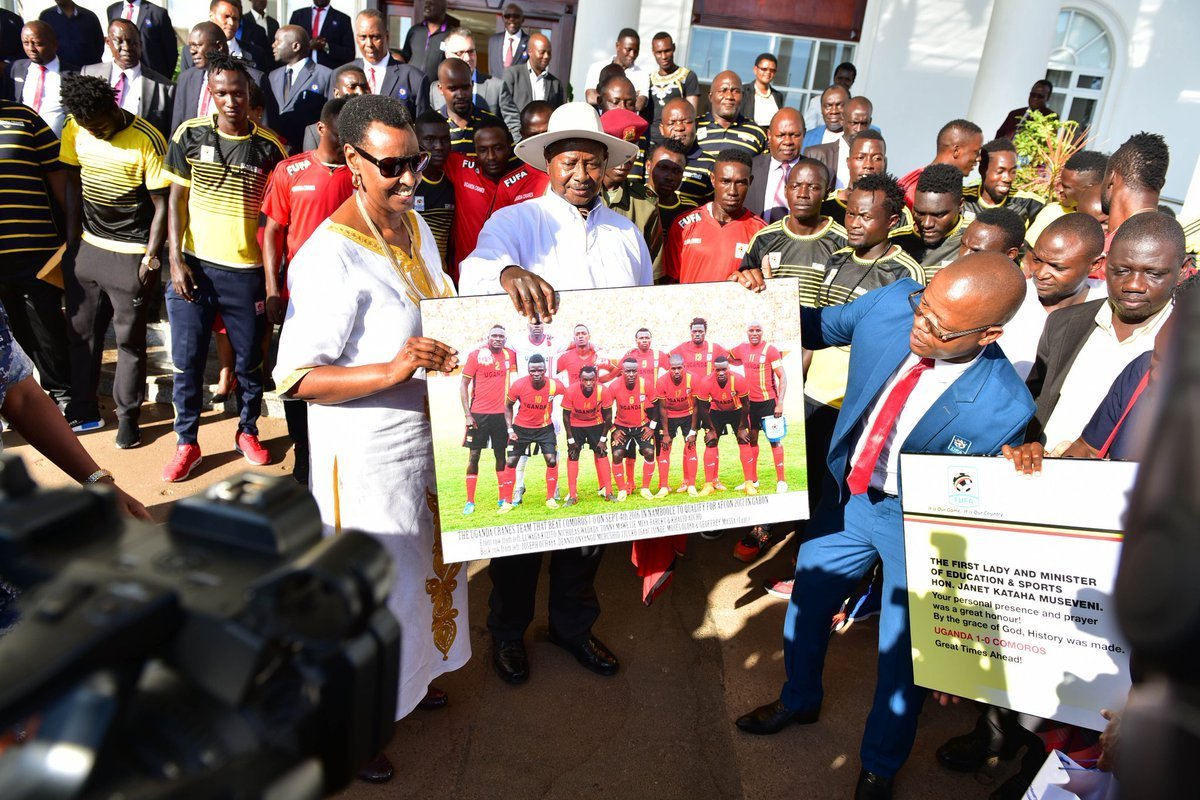 Local football governing body, Federation of Uganda Football Association (FUFA) has received Shs4 billion from Government to boost the Uganda Cranes preparations ahead of the 2019 AFCON finals in Egypt.

“We are glad
to receive this timely support from Government as two National teams are
already in camp preparing for international tournaments due next month,” said
FUFA President Moses Magogo.

“I thank HE President Yoweri Kaguta Museveni, First Lady and Minister of Education and Sports Mama Janet Museveni, Ministry of Finance, Minister of State for Sports Hon. Charles Bakkabulindi, National Council of Sports and various Government organs for playing a key role in the release of the funds,” he added.

The Shs4b is
the last installment of annual Shs9b that was allocated to the local football
governing body for the Financial Year 2018/19.

Two Uganda
Cranes Squads are currently in camp preparing for the AFCON Finals in Egypt and
COSAFA Tournament in South Africa. The 2019 AFCON is now 28 days away and
Uganda will open its journey against DR Congo.