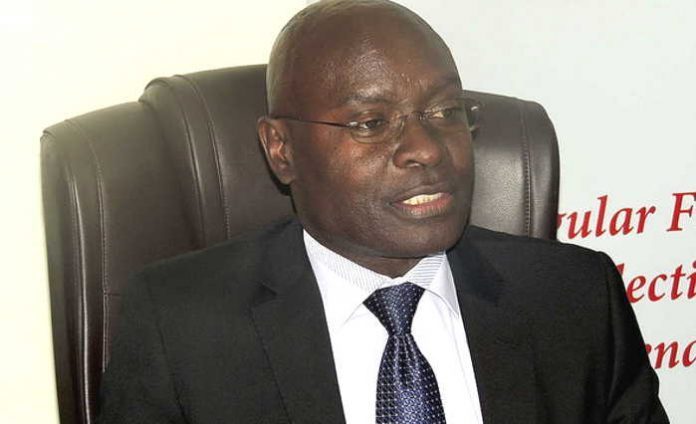 The Chairman of Uganda Electoral Commission Justice Simon Byabakama has warned politicians and political aspirants not to engage in activities of early campaigns.

The Justice passed a warning on Wednesday in a press briefing held at the commission headquarters in Kampala.

He said that despite the commission having launched the roadmap for 2021 General elections last year, it does not permit individuals to start campaigning.

“We have noted a number of persons aspiring for various elective positions in the General election 2021. They have started conducting public meetings supposedly to consult the electorate in preparation for their candidature in 2021 elections,” he said.

He pointed out that also some aspirants are organizing campaign meetings and addressing rallies, putting up posters, distributing campaign materials and soliciting for votes contrary to the campaign period set out in the electoral roadmap issued by the commission.

Mr Byabakama hence urged all aspiring persons and other stakeholders to acquaint themselves with the relevant laws, in order to appreciate and comply with the electoral laws and guidelines issued.

According to the chairman, the commission is currently demarcating electoral areas for representation at local governments in districts where new sub counties/towns were created after 2016 general elections.

Also in the roadmap, there is reorganization of polling stations across the country.

This is done to enable voters to conveniently cast their votes, by ensuring adequate space at polling stations as well as manageable number of voters per polling station.