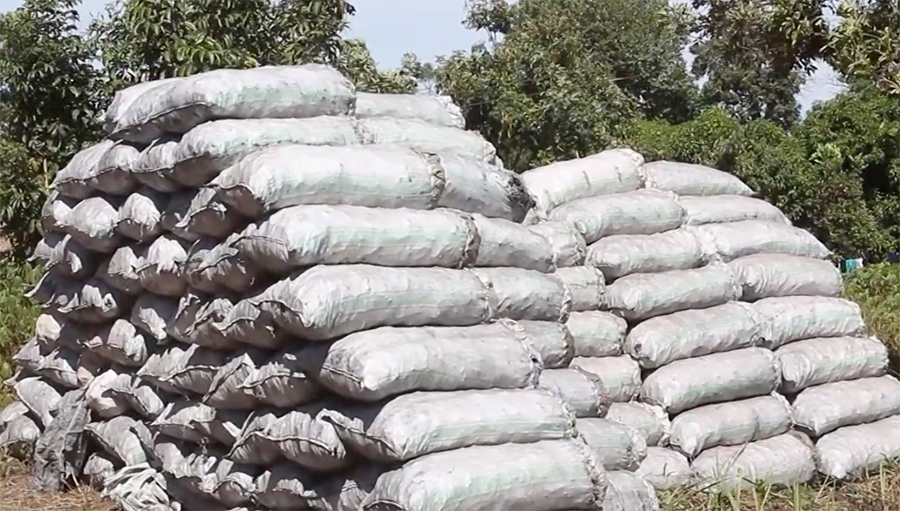 The state minister for Energy and Mineral Development, Peter Lokeris, has revealed that government is in its final steps to finalise the streamlining of charcoal industry in a bid to preserve THE environment and safeguard climate change.

Addressing the journalists at the Uganda media centre on Thursday, Lokeris expressed displeasure on the continuous production of charcoal citing some of its negative effects on the environment.

“Charcoal production is spreading too fast. The cutting down of trees can lead to deforestation, land degradation and multitude of other effects,” he said.

He noted that government is working hand in hand with the district local governments to develop and implement bylaws and orderliness in the move to ensure a sustainable charcoal industry in Uganda.

“What is happening now is that people are mercilessly cutting down the biggest trees in their areas and burn them for charcoal not knowing that it has a long lasting effect on the climate,” he noted.

He added that over 5,855 hectares of trees have been planted.

He said government is undertaking establishment of dedicated energy plantations as a practical examples to the citizens on how the sustainability of charcoal can be achieved with a guard against climate change.

“There are certain trees which are very good for planting, as you cut some of these trees ,you must plant more trees,” he said.

He stated that the ministry is trying to identify the types of trees which should be planted.

“We are going to sensitise people about the importance of these plantations that they degrade,” he said.