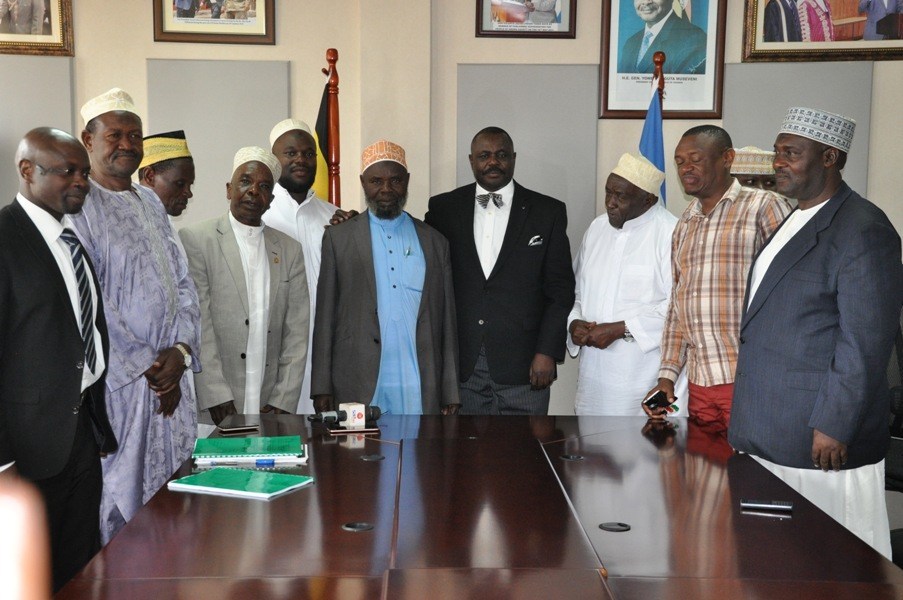 Tycoon Hassan Basajjabalaba and the Mufti of Uganda Sheikh Ramathan Mubajje have been accused by a section of Muslims from Bushenyi district of attempting to grab Moslem property.

These telling revelations were contained in a petition that was handed to Deputy Speaker Rt.Hon. Jacob Oulanyah yesterday.

Ismail Bachondonza, one of the Muslim leaders in Bushenyi, claims that a piece of land measuring approximately 30 hectares is on the verge of slipping into Basajjabalaba’s hands, in a conspiracy that involves Mufti Sheikh  Ramadhan Mubajje

This land, he says, includes a 12-hectare plot and Muslim Primary School among many other properties.

Hajj Suleiman Byekwaso the lead petitioner says this land was given to them in 1958 by authorities.

Since then, it has always been administered by the Uganda Muslim Supreme Council (UMSC).

As such, this land was entrusted to Basajjabalaba when he took over the reigns as chairman of the Uganda Muslim Supreme Council. However, when his tenure ended, efforts to retrieve the land title from him were futile something that raised suspicion.

“In 2001 we gave him the land title and he retained it for the 10 years he was chairman. But when he was leaving, he conniving with the Mufti Mubajje and Sheikh Munir Sebintu the district Khadi refused to hand it over to us”, he explains.

The title issued on October 26th 1969 shows that another title was issued in 2003 replacing the old one.

With the Basajjabalaba mosque under UPDF guard for one year now, Byekwaso says since then they have tried in vain to access its premises.

As per a UMSC letter addressed to the care taker district Khadi and the Resident District Commissioner on 25th March this year, Byekwaso, Bachondonza together with two others are not wanted this facility.

The letter authored by Ramathan Mugalu the UMSC secretary general says this must apply until underlying issues are resolved.

Bachondonza also says Basajjabalaba using local institutions continues to persecute those not in agreement with his moves.

“I have spent four months in hiding. He has slapped bogus charges on us including attempted murder, in the process I have lost some of my businesses. That aside, about 50 youths are rotting in Nyamushekyera prison on trumped up charges”, he laments.

The group now wants the army withdrawn and a parliamentary committee formed to look into the matter.

Reacting on this matter, Deputy Speaker Oulanya said government needs to devise a policy that responds to all these problems. Oulanya says that this must be urgently done before it gets to crisis level.