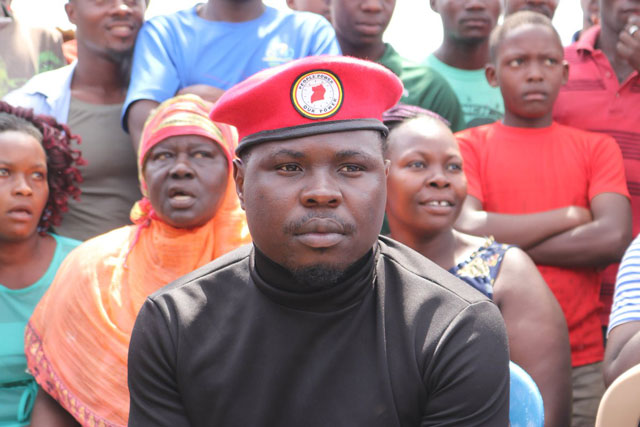 Kampala, Uganda | THE INDEPENDENT | A Police Constable Richard Olony has apologised to court for telling lies in the trial of Mityana Municipality MP Francis Zaake.

Last month Olony said that he had been summoned by court on phone to testify since he was in charge of the cell where Zaake was being detained.

Olony was then ordered by the Magistrate Swaleh Asiku to bring to court the phone printout showing the summons from court.

However, on Friday, Olony said that he hadn’t been summoned by court. Olony said he had taken the court process to be a joke and asked for forgiveness.

“My worship I’m sorry for telling lies to this court and I beg for forgiveness,” said Olony.

Olony’s apology was after Zaake’s Lawyer Medard Ssegona tasked him during cross-examination to produce evidence of the summons he claimed court gave him, which he could not avail.

State Prosecutor led by William Bayo, presented 3 more witnesses against Zaake. Dr Andrew Adebo, an Intern-Doctor then attached to the emergency ward in Arua hospital to whom MP Zaake was first handed over. He told court that he handed the MP to DR. Joe Odoch after seeing multiple injuries on the MP.

“When I handed the MP to Dr Odoch, that was the end of my work with the MP,” said Dr Adebo.

Wanyoto, however, told Court that the DPP advised him exclude the police car and the Toyota Hiace mini Bus as exhibits from the charge sheet of treason being handled in Gulu.