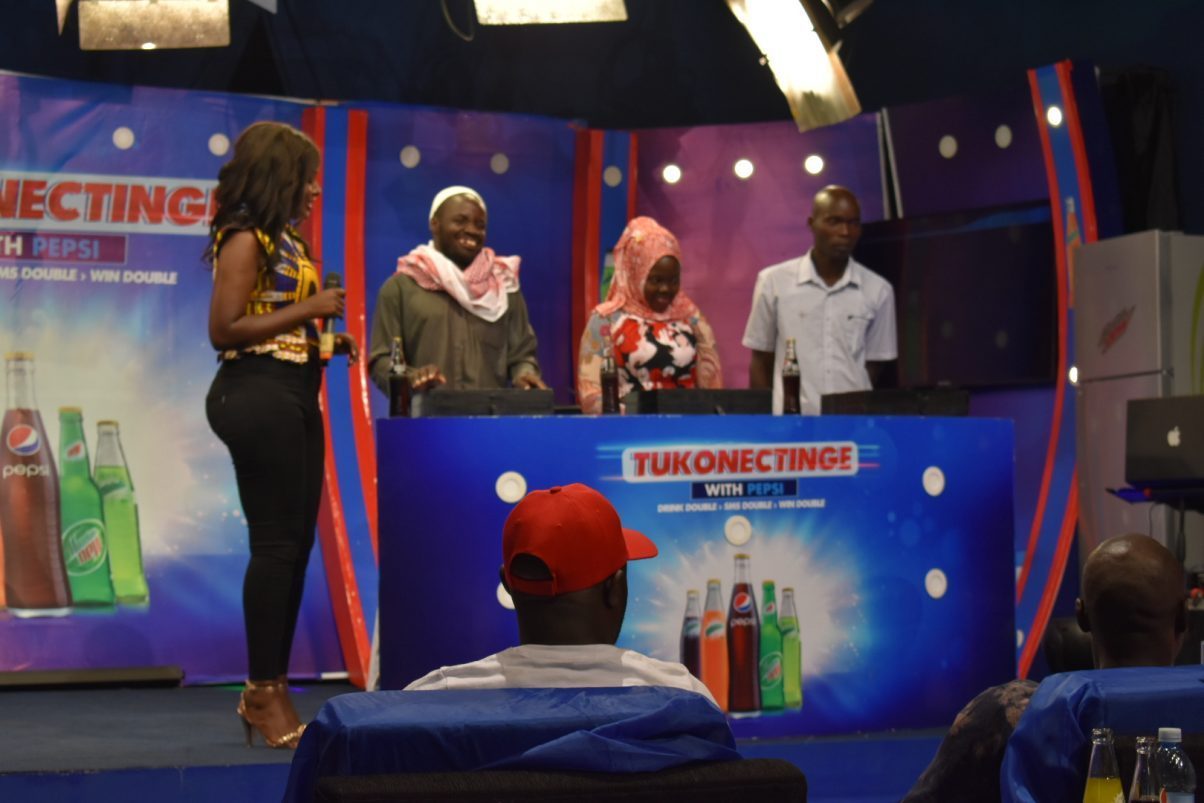 The ongoing under-the-crown campaign that was unveiled to the public on 11th April 2019, has seen thousands of Crown Beverages customers participate, and win prizes including 8 out of the 25 Toyota Wish Cars up for grabs, 16 out the 24 fully-paid trips to Dubai and 6 out of the 24 home fridges to be won, among other things like airtime, instant cash and free soda.

“I must confess that it was very tense in the live studio show because when I opened the prediction box, I did not know what I won. After I was told, I just broke down with tears of joy because Allah had answered my prayer. Am thankful to Allah for this early Eid gift that he gave me,” said Ms. Zaituni Nagawa, one of the winners.

“I paired with my friend Ms. Pauline Karungi, and we both sent multiple codes that have seen us emerge as one of the winning pairs”.

While receiving her car, Ms. Karungi, applauded Crown Beverages for providing such an opportunity for everyone to win such big prizes.

“I am very happy and can’t wait to drive with my family and friends, and I want to urge all Ugandans to take part and win.”

In the past, Crown Beverages has rolled out promotions Twangula, Sala Puleesa, Chamuka, Motozela, Mirindarific and many others in which consumers have won cars, and lots of other prizes.

“This year’s promotion is aimed at deepening existing and creating new relationships in Uganda, by connecting people with those they love and care about particularly during the festive seasons of Easter, Martyrs day and the Ramandan period, especially for our Muslim brothers who are in Saum, thus seeking to bring about togetherness with family and friends,” stated Mr. Allan Mbabazi, the Trade Sales Manager, CBL Kyenjojo.

Through the campaign, Pepsi will reward its consumers with a total of; 25 Toyota Wish cars, 24 fully-paid trips to Dubai in the United Arab Emirates, 24 Home Fridges as well as instant mobile money cash and airtime in different denominations, among other prizes. “The 25th car will be given to the participant with the highest SMS entry pairs in the campaign,” added Mr. Mbabazi.

The campaign will run until the end of June, 2019.